Let’s take a look at a some WDW Transportation Tickets. Yes you park about 20 miles from the actual theme park in Florida so walking is not an option, OK its not that far, but unless you can swim, you'll need one of these tickets. Usually a Transportation Ticket was included in the ticket book as seen here in my September 2010 post (link). These tickets appear to have been sold separately, I guess in case you wanted to only ride the Monorail and not enter the park, sounds fun to me! 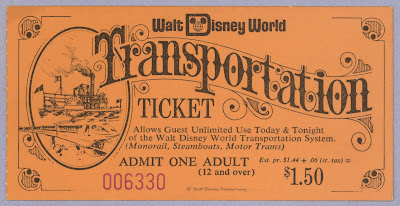 Use this Transportation Ticket and you assume all risk. “They bought their tickets, they knew what they were getting into, I say, let 'em crash”. 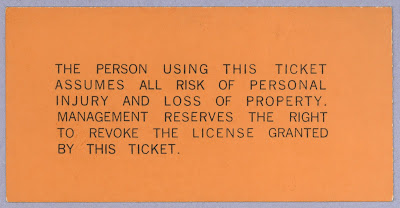 The Child ticket was $1 cheaper than the Adult Ticket and pink? 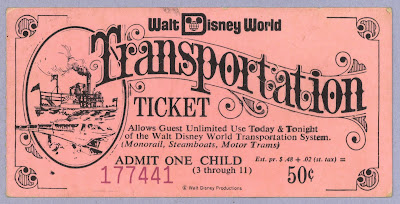 I don’t have a standalone Junior Transportation Ticket in my collection, so here’s one attached to a ticket book along with a Main Gate Admission ticket.

This book only had one ticket left, but boy are there a lot of good choices on this “D” ticket from February 1977. Mickey Mouse Revue for me! 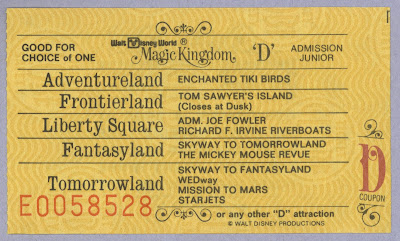 Those elegant curly-cues let you know this is the upscale “East Coast” park. 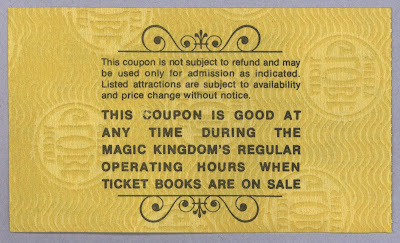 For a few years they didn’t put the attraction list on the inside back cover, just a note about the “free” attractions.

Of course Florida had to be different with the back cover and go with a “Portrait” orientation. Here’s a rundown of the “lands” of Walt Disney World circa 1977. 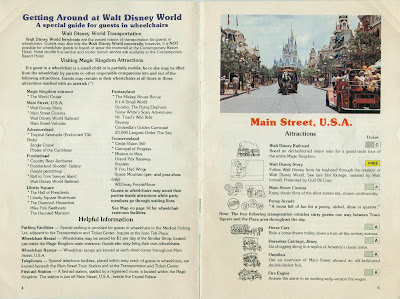 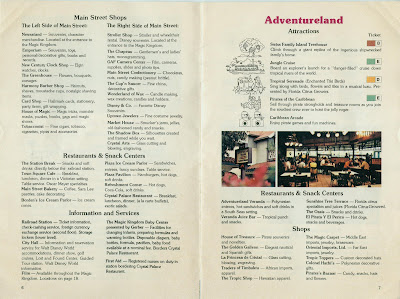 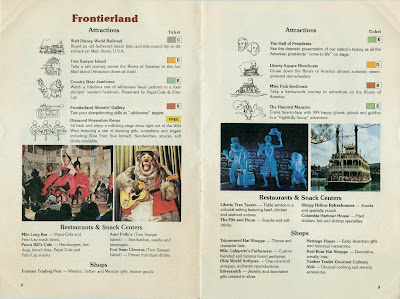 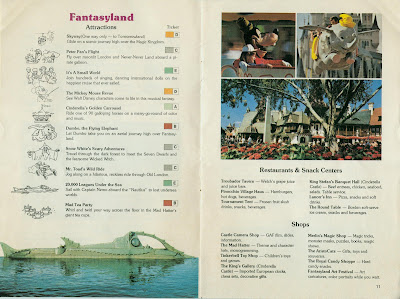 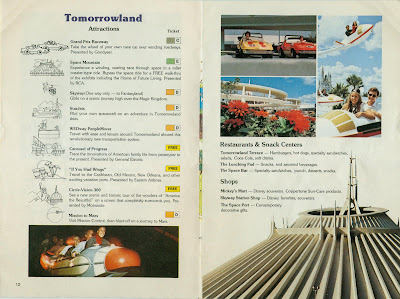 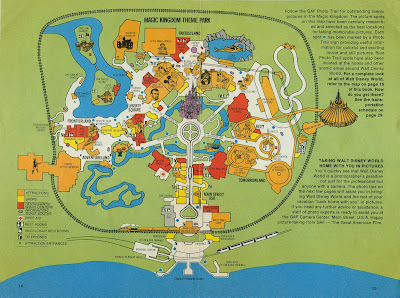 I for one love the WDW posts. Though I prefer Disneyland, WDW was the park I grew up with – and the first decade was by far the best. Thanks for a great post.

Thank you so much for this WDW post. As much as I like all the fantastic Disneyland material you share here, I really love the stuff from WDW's first ten years. It is so rare one can find good scans of WDW's early history online.

I just found your blog and love it! I'm on the "side" that prefers Disneyland trivia, information, etc., but I love anything to do with Disney, so Walt Disney World posts work for me! As for the tickets...I LOVE the pink child's ticket. I'm a big fan of pink. ;)

I am totally cool with WDW posts. Whoever complains can go suck an egg! I wish I could find an unused early WDW ticket book.

Now I'm going to have to go back and re-read your trip report, even though I'm sure I read it when you originally posted it!

WOw, I totally Impressed with This Post . Disney World Tickets with best discount will surely give more enjoy.