Today’s special Commemorative Disneyland Passport scans were donated by Major Pepperidge over at Gorilla’s Don’t Blog (link) – Thanks Major! From the Main Street Electrical Parades’ “Farewell Season” these tickets sure are elaborate.

As Major noticed, these two tickets are a set with the same serial number and “if you put them side by side (so that the "drum" overlapped), it makes one long image of the parade.” Very cool! Thanks again Major. 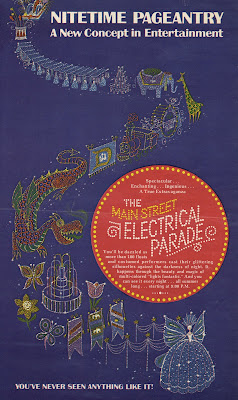 Is anyone else going to Dapper Day at Disneyland tonight? I’ll be the guy with the Vintage Disneyland Tickets in his vest pocket – be sure and say Hi! 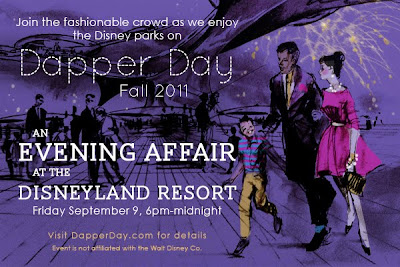 Have a great time at Dapper Day. If it's 6 to midnight, it might be a bit harder to take good photos of the other participants. But you can do it!

I think I have one of those tickets in the deep dark recesses of my storage stuff! Have fun tonight! Wish I was going!

Oh, if only this parade had been updated (like Tokyo Disneyland's!) and kept around instead of tossed aside like yesterday's garbage....only to be brought back out again in a desperate attempt to get crowds into a failing DCA. But I try not to be bitter about it!