A repeat post from 2008, but well worth a second look and if you missed it the first time, be sure and check it out!

From 1969: A Complete Edition About Walt Disney World “The Vacation Kingdom of the World”. This booklet is an extensive look at how the Disney company thought Walt Disney World would become. While a lot of these details did end up in the final version(s), several of the ideas died somewhere between this booklet and reality. 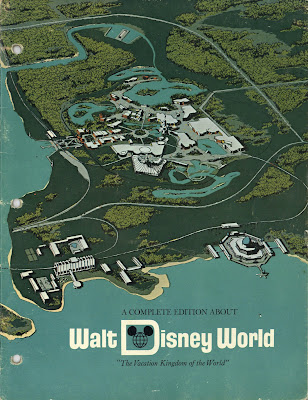 Fascinating stuff on these pages, the Western River Expedition would have been amazing from what I have read, same for Thunder Mesa. 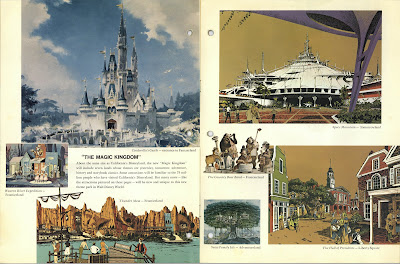 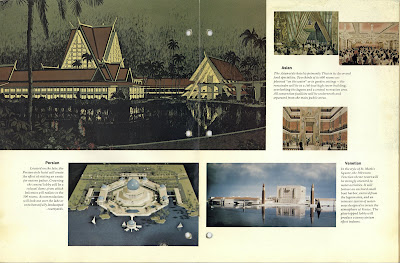 This Hotel turned out nicely. 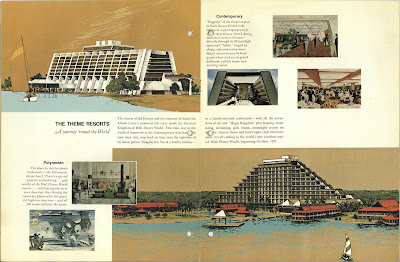 This is the last page of the text. Check out where some of the needed cash would come from “regular cash flow accruing to the corporation from its operations during the next three years”. Counting chickens before they hatch can be dangerous…. Was this the cash that would have paid for Western River Expedition & Thunder Mesa or the Hotels that never were? 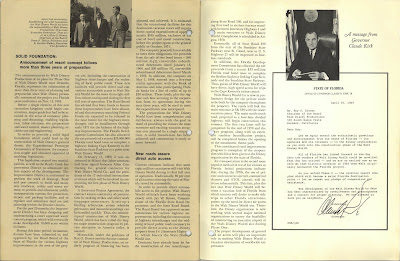 The front and back covers are actually one big picture. It’s this great late 60’s style artist concept of the entire “phase one” of the new resort. Hey, is the Monorail going THRU Tomorrowland like it’s supposed to? 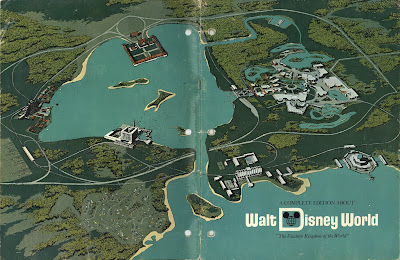 Here is entire booklet of A Complete Edition About Walt Disney World “The Vacation Kingdom of the World”.

Neat item! I thought I had one, but instead I have a Walt Disney Productions annual report with the same cover (in a horizontal format). The early plans for WDW are fascinating to me. The Persian hotel would have been beautiful, but I really wonder what kind of response there would be to it nowadays.

As for the Western River Expedition, I think that I've read that it wasn't built mostly because folks on the east coast had heard about how amazing "Pirates of the Caribbean" was and they wanted it in their park too; and they couldn't have both!

First, thank you for providing these scans as it enabled me to look for the publication on eBay, which I just purchased last week (wow, is it expensive - but so worth it!). For anyone who has the publication, it does contain two major mistakes - it refers to the Hall of Presidents as "One Nation Under God" in the black and white section of the booklet (and then by its rightful name in the color section of the booklet!). It also shows Disneyland-style monorails being built instead of the WDW-style (which are clearly different) and attributes the WDW ones to MAPO only. The first WDW monorail set was built by Martin Marietta, who had a large plant in the Orlando area.

disneyholder said...
This comment has been removed by the author.
Thursday, 25 June, 2015

Do not attempt to contact the commentor above. This was purchased and never sent.