Welcome to Magazine Monday. Digging way down in the obscure pile we find Ramparts Magazine from October 1966. “Ramparts was an American political and literary magazine, published from 1962 through 1975” … “Founded by Edward M. Keating as a Catholic literary quarterly, the magazine became closely associated with the New Left”… “Unlike most leftist publications, Ramparts was expensively produced and graphically sophisticated. It reached an audience that may have been put off by the grittier "movement" publications of the time. (Source: Wikipedia) 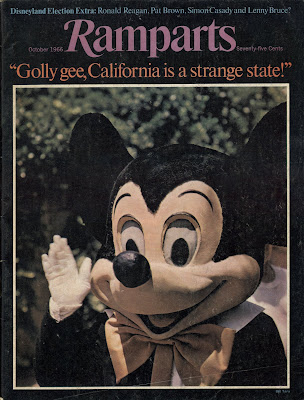 As you can tell by contents and “Apologia” column this publication probably wasn’t too interested in Disneyland. In Warren Hinckle’s column he explains how Disneyland was used to illustrate “California’s complex garden of politics”. Contact me if you have an interest in the other articles in this magazine, I'd be happy to scan them for you. 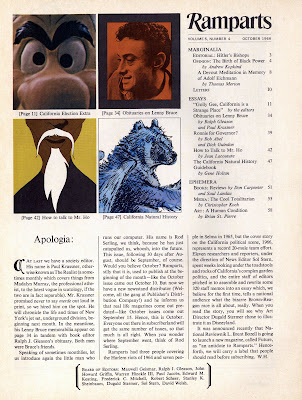 Since this article really has nothing to do with our Disneyland and it's very text heavy, I’m just going to post the photos with a little text. If you want to read the entire thing, you can download the 22 page article here: 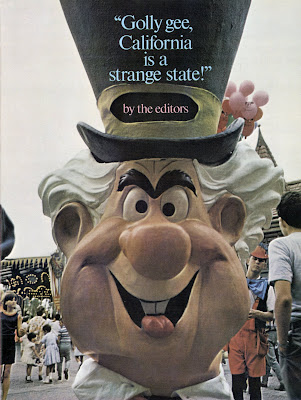 The article is broken up into “Lands”: Pat Brown in Liberal-land, Si Casady in Adentureland, Ronnie (Reagan) in Tomorrowland and lastly, Vultureland!

Is this photo taken in New Orleans Square, if so, where??? 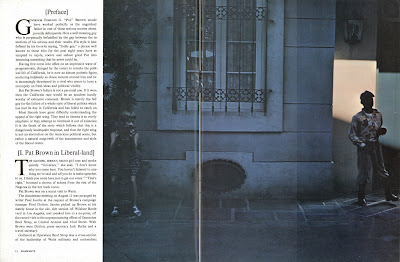 Nice depth of field, I don’t suppose my cheap digital camera can do this? 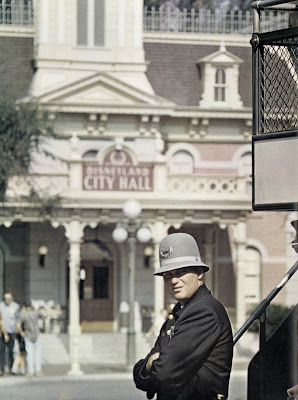 Is Uncle Sam still in the Penny Arcade? Oh man, I should know this! 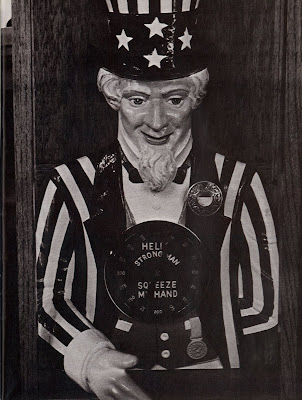 What on earth is going on here? I know they used to do simulated hangings at Knott’s, but I never knew they did this odd ritual at Disneyland too? Is a hanging really appropriate in a political article? 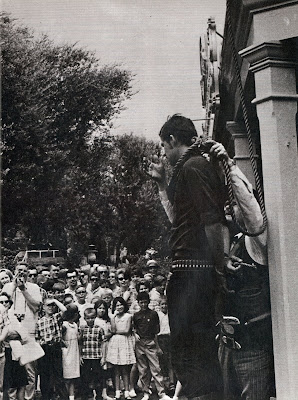 If this photo was in color maybe we could tell that It's a Small World was brand new. 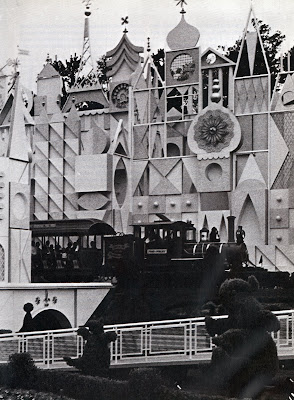 Mickey in front of the Disney Galley, oh, I mean the Bank of America. 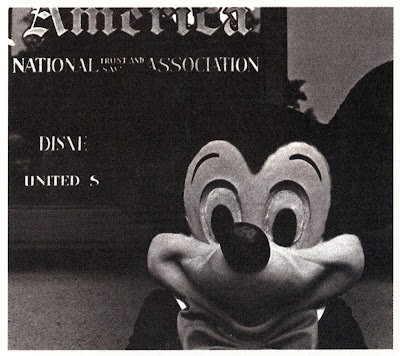 I could only find two full page advertisements in this magazine. This one is for shirts and has some pretty lofty ad text – it’s just a shirt Ok. 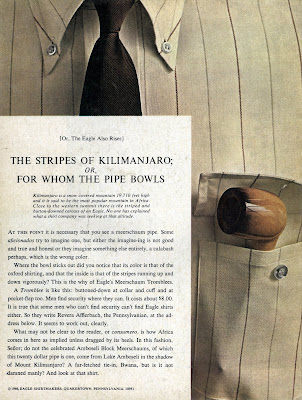 Not much to say about this since I know nothing about it. I wonder how that whole “suing the government” thing worked out? 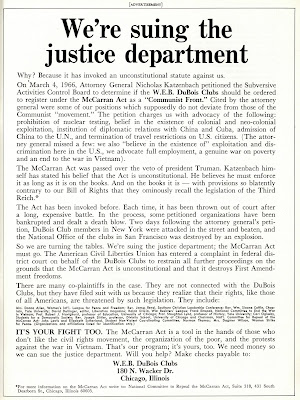 "Ramparts" magazine, huh? Never heard of that one! It does have some interesting photos of Disneyland though. That picture of the hanging is amazing, I didn't know they ever did that at Disneyland!! It seems SO out of place.

The street picture is from New Orlan's square: The oval cellar vents are only found there. (I know because I have coveted owning one since 1967).

Publications like this are invaluable because they sometimes contain images that Disney would rather see disappear like the racist pickaninny characters from Fantasia, or the cigarette in Pecos Bill's mouth.

As for the the hanging picture, I suspect it's part of a comedy routine, not a "how to" session.

Sensitivities and Liabilities being what they are, I've alread captured the picture because I'm not gonna see something like this again.