Welcome to Magazine Monday! Picking up a magazine from the “Obscure” stack, today’s feature is “Radio & Television News” from August 1956. This appears to be a magazine for Radio & TV repair and sales stores. 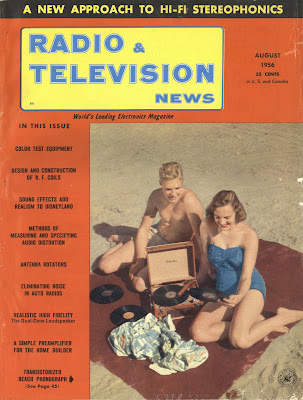 This two page Disneyland article is all about the sounds of Adventureland and the Jungle Cruise. Although not as tech savvy as today’s systems, the original sound effects system was pretty astonishing in its complexity and the realism it provided. 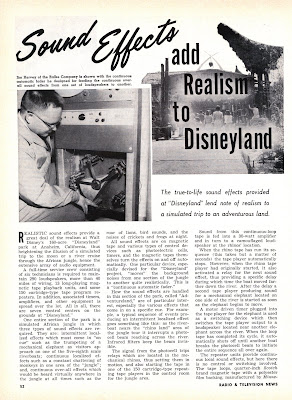 “Cartridge-type” players and Dual tracks with auto reverse! I wonder where the room with all these machines was/is located. 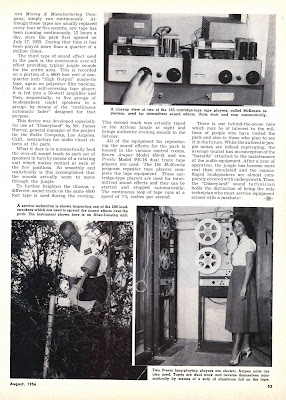 The advertisements are aimed at TV repair men, but still fun to look at. That lady is mad as heck; she “missed her favorite program” because the repair man put in a cheap picture tube! Hasn't she ever heard of Tivo? 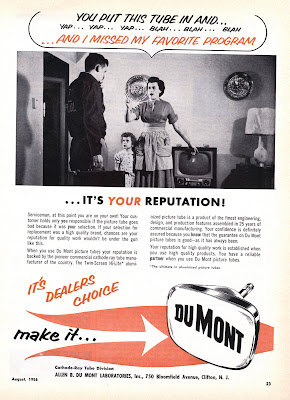 Wow, that’s a big TV Camera and its not even Color! Can you believe your cell phone takes better video than this monster? And your cell phone has the recording studio built in; CBS isn’t showing you the room full of equipment that it actually takes to run this beast. 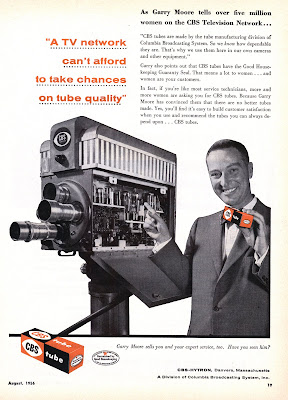 Have you ever heard of the New Isophase Sound? Me either. I guess it never caught on, looks like it should be in the House of the Future. 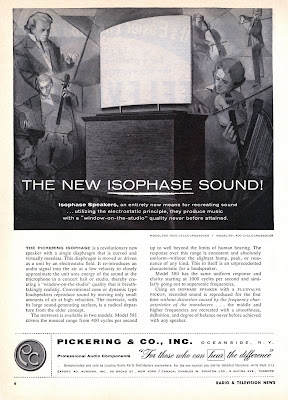 Use this beautiful Viking to crank up your Isophase speakers. That tape deck sparkles like a jewel. 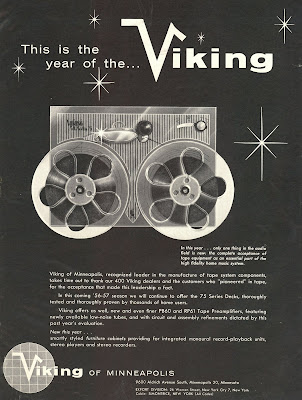 Tired of repairing radios and TV’s all day? Since it 1956 and the cold war is ramping up, why not go work for IBM and their project “Sage”. Should you be caught or captured, the secretary will disavow any knowledge of your actions.

Love the audiophile article on the Disneyland sound system... Did they do a follow up article after the Tiki Room opened since the show was programed with a wideformat audio tape?

The last caption mentions that the reel-to-reel tape players auto reverse when a sensor detects an aluminum strip in the tape. 8-tracks borrowed the same idea: when one track was done playing, a pair of probes riding the tape sensed continuity across the aluminum strip, and the playback head advanced to the next track.

I'll be you always wanted to know that.

This article is great because it gives all kinds of specific technical details that would never be mentioned in your standard magazine.

I'm not sure that a cell phone gets better video than that huge camera (although you do get color)... whatever we see today is probably a kinescope version, which was of a lesser quality.

That Adventureland sound article was fantastic. Neat to see such detail of the tape decks and speakers. That stuff was high tech in it's day and probably pretty expensive!

Wanted to add that on the cover photograph it looks like they are playing 78 rpm records. I’ll bet all that wonderful beach sand improved the fidelity!

I'm not sure that a cell phone gets better video than that huge camera (although you do get color)... whatever we see today is probably a kinescope version, which was of a lesser quality.