Mickey's ToonTown had its 16th anniversary on January 24th. This post was supposed to appear last Saturday on the 24th, but the dog ate my homework so you get it today.

Last year (on the 24th) I did a post of the Commemorative ToonTown Passport (link). On the previous post this HUGE ticket would not fit the old scanner, but it fits the new one! Shown below is the entire ticket in all its cartoonish glory.

This is the folder that holds the ToonTown press kit. 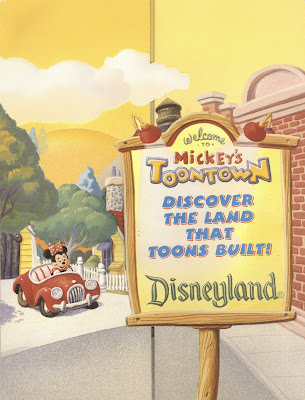 The folder opens up and is the same drawing as the commemorative passport. Even the big scanner won’t capture the entire folder when it’s open so you’ll just have to use your imagination. 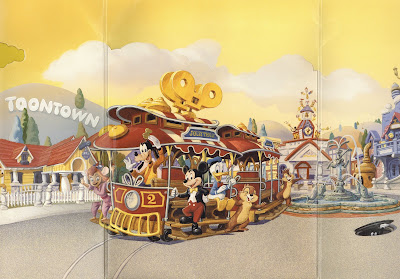 From the back of the folder, just in case you didn’t know who all this fun stuff came from. 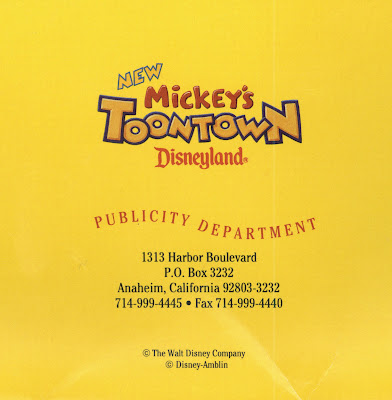 Now a set of six black & white publicity photos’. After looking thru these photos I can see why I haven’t been to ToonTown very often. I did 18 Visits to the park last year, but somehow I missed ToonTown every time? 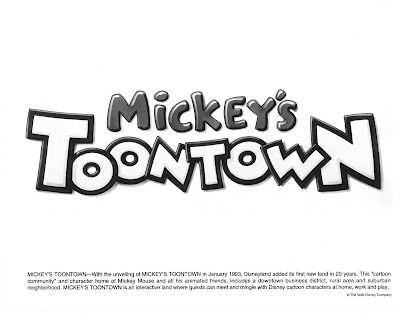 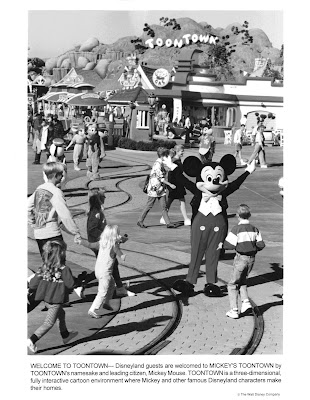 The Jolly Trolley was the the only fun thing in ToonTown, why did they kill it? 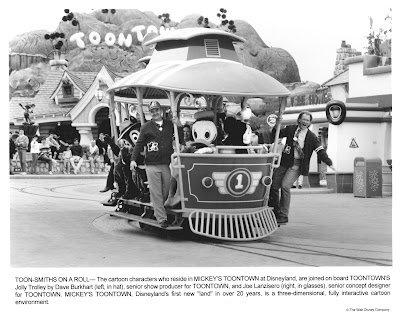 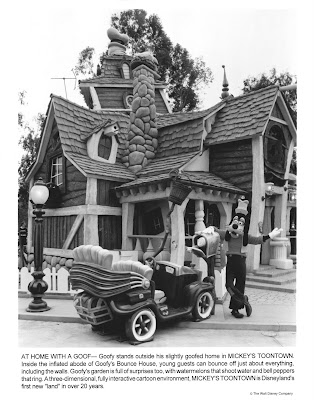 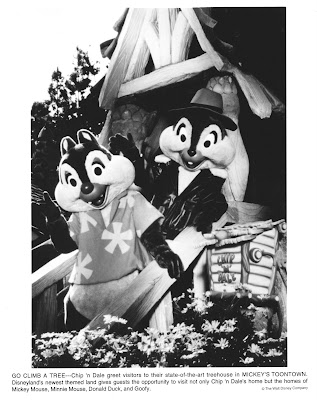 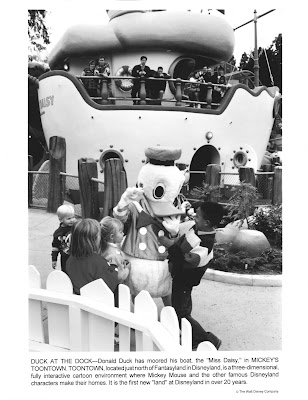 Now for the press releases. Calm down folks, form a single line, there are enough copies for everyone. 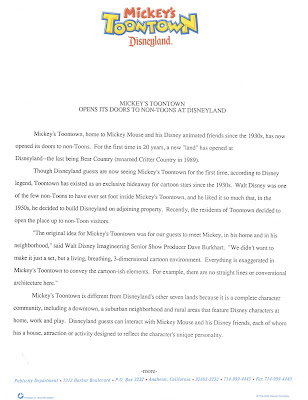 A guide to the landmarks of “Mickey’s ToonTown.” (Complete document) 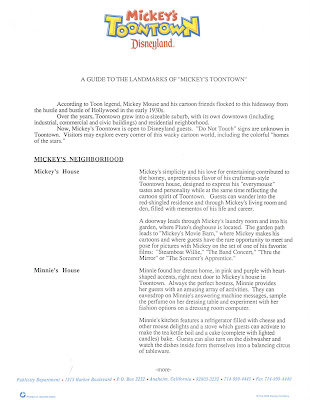 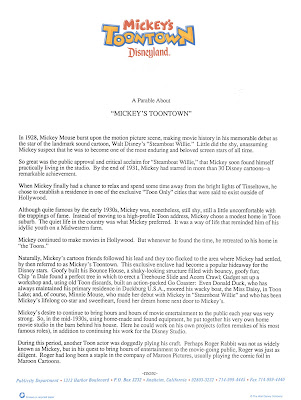 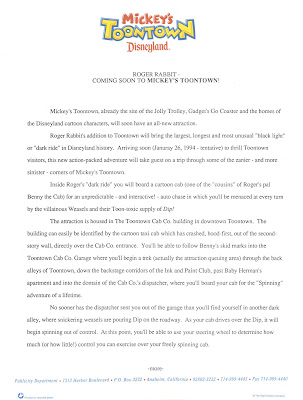 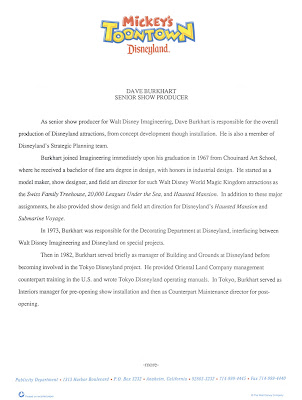 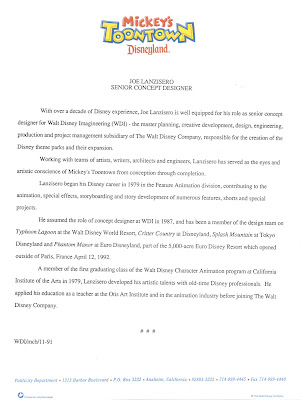 Lastly from one year and two days after ToonTown opened (January 26, 1994), here’s an invitation to Roger Rabbit’s Cartoon Spin. (front on left/back on the right). 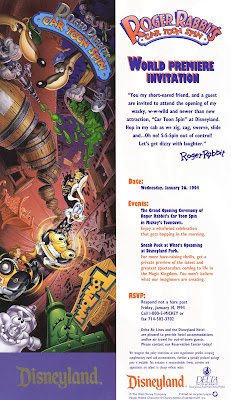 On a very sad but related note, Brandon Zucker, the boy who was critically injured on Roger Rabbit's Cartoon Spin in 2000, died on Monday at Children’s Hospital in Orange County (link). My thoughts and prayers are with his family.  I didn't see any mention in the news stories that he died on January 26th, the anniversary of the opening of Roget Rabbit's Cartoon Spin.
Posted by Vintage Disneyland Tickets at 12:05 AM

I do like the Cartoon Spin (a lot, actually), but otherwise there is not much in ToonTown for me.

I too went on the Cartoon Spin once. Now what! It doesn't even feel like you are in Disneyland to me. Nevertheless great stuff Tim.

Toontown looks a bit faded and dingy to me these days. Hoping there's some money in the WDI budget for a sprucing up at some point!

Thanks for posting this promo material! I know that otherwise I'd never see it.

Toontown never did anything for me either ...