Undated, but most likely from late 1958 or early 1959, this flyer told you of the Greatest Construction Show on Earth. More specifically it told you all the neat things you weren’t going to see on this visit, but lots of reason to come back! “Watch for announcement of the opening”.

Since these new attractions were on a grand scale, let’s look at some Jumbo Tickets from 1958! This a mixed set, the B and C tickets are from other ticket books, but you get the idea. 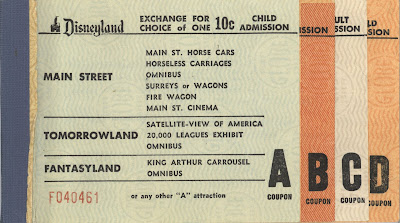 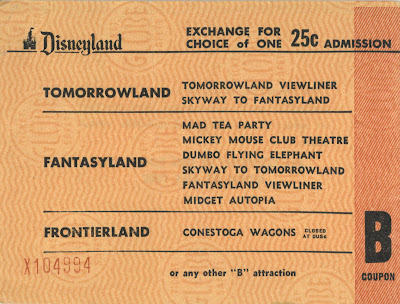 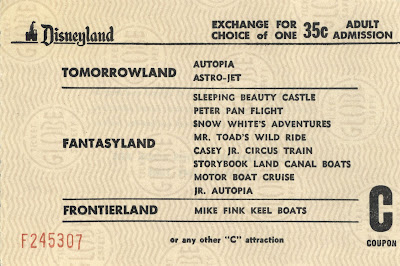 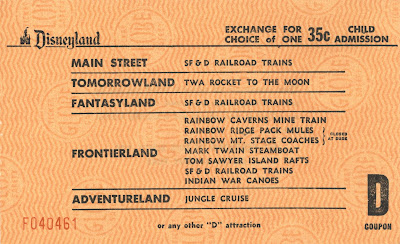 What a Jumbo deal! Three bucks for admission to Disneyland and 15 rides (hey aren’t they “attractions”) 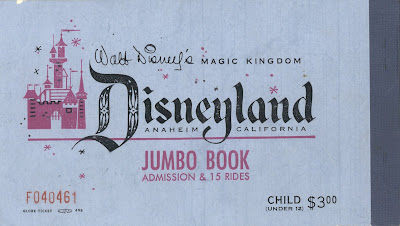 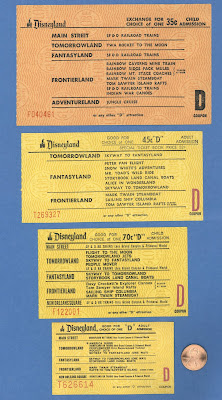 Love those Jumbo books! And that blue version of the "greatest construction show on earth" is pretty scarce, seems I usually see them in yellow/gold. But even the yellow ones aren't easy to come by!

I love the size comparison...pockets must have been larger in the 1950s :)

Funny. Currency did the same thing... Bills from the 1860's are so large, they're called "bedsheets". They got smaller thru the years, till today, the dollar's only 6" long.