Welcome to Bonus Sunday. Today’s we’ve got a Vacationland from the Summer of 1973. Usually Bonus Sunday features something from a post that occurred during the week, this Sunday is just something I selected because I like it. Sort of a “Bloggers Cut” Bonus Sunday.

The cover features the new and exiting Main Street Electrical Parade, a very similar design can be found on the cover of the Summer 1973 Disneyland Guide Book (link). 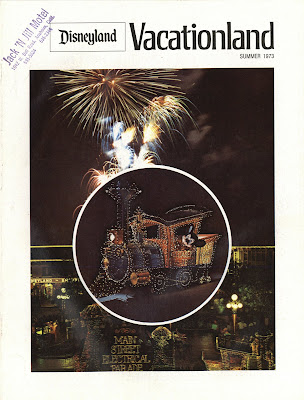 
Nice centerfold, super early 70’s colors. I didn’t crop the top off, that's the way it was. 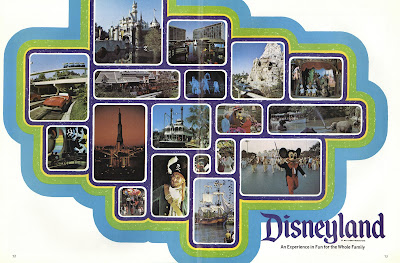 The aroma of a sizzling teriyaki steak, boy does Disneyland need that now. Bring back the Tahitian Terrance, its a lot easier than bringing back Adventure Thru Inner Space (I want that back too!). 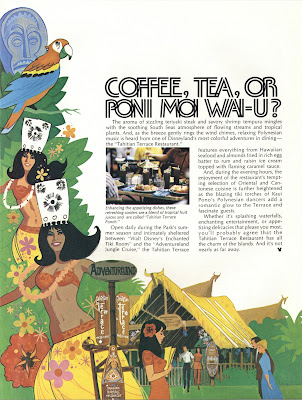 The Mark Twain, looking good, you’ll have to download the entire issue to read the rest of this article. 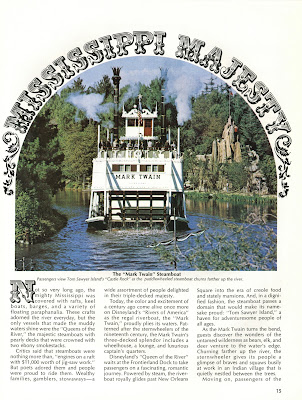 I find this next part fascinating. These “Vacationlands” were for visitors to Southern California and apparently Disney did not feel threatened by other area parks and attractions. In fact, Disney seemed to embrace them. It was pretty shrewd actually; you know these other parks paid top dollar to advertise in Disneyland’s magazine.

Here are eleven Southern California attractions that advertise in this issue. I've been to nine of them, I never saw the Japanese Village or the Alligator Farm.  How many have you been to? 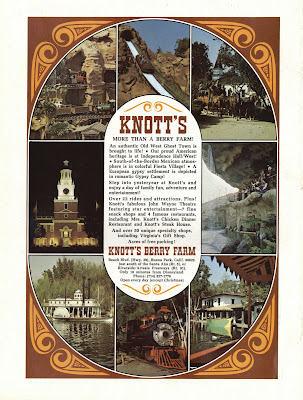 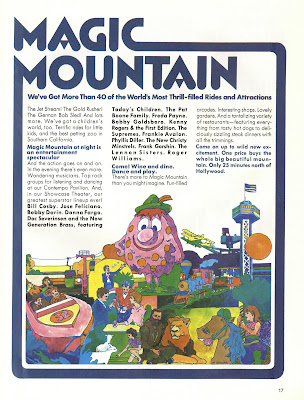 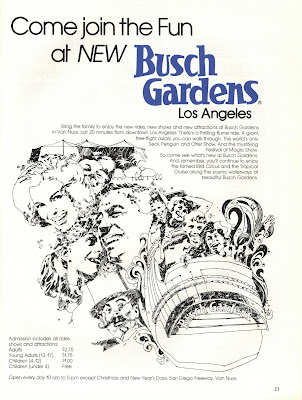 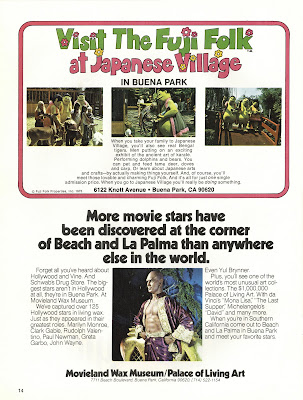 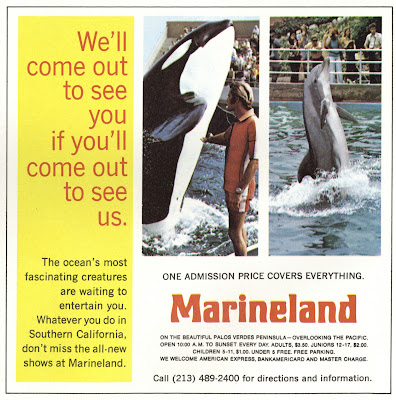 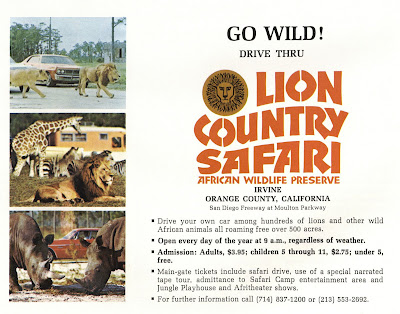 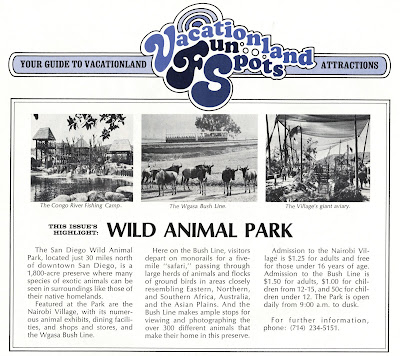 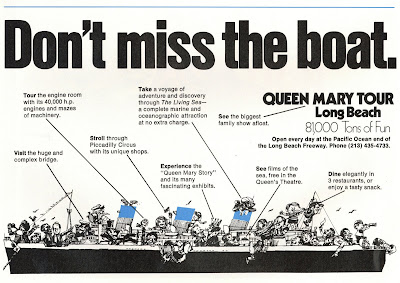 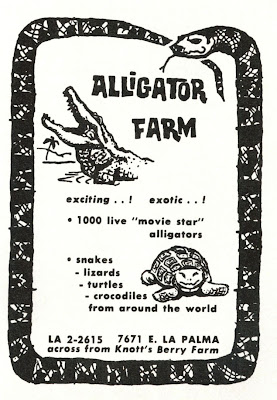 See you tomorrow on Magazine Monday where A.E.N. will be happy to greet you.
Posted by Vintage Disneyland Tickets at 12:01 AM

That Vacationland centerfold gave me "art director chills" - it's amazing how something from 1973 can be totally hip and current. I'd love to frame that and hang it in my kitchen.

Wow, what a checklist of happiness!
Collect them all:

Knotts: - Visited thru the early 80's every other year, usually because of out-of-town relatives who wanted to see it. Enjoyed myself, but frankly Disneyland spoiled me rotten.

My last trip was in the late 90's and a hardly recognized the place.

Magic Mountain. - Visited exactly once in the mid 70's. Even then the place looked unkempt. I was used to the highly polished carpentry and finish of Disneyland. My biggest memory of the place was all the huge amount of cheap, unsanded CDX plywood that was used - and the single layer of paint just brought out the rough grain and knots.

Busch Gardens - Never been there.

Japanese Village and Deer Park - Visited once with grandparents mid 70's. Delightful gardens, got me interested in Japanese aesthetics.
But frankly, you can only pet so many deer....

Marine Land - I lived 3 mins. away, so I was there a lot. I'm not an animal-lover type so there was limited interest. It was very sad to watch the condition of the park slump - together with depressing, industrial look of the main buildings.

Queen Mary - I worked here as a tour guide, and later as the acting curator. Gadz! When I got into management, I used to call this place "the snake pit". One of these days I should write a history of the place (after they're all dead btw): "Ship of Fools, a post-mortem history of the Queen Mary."

Universal Studios - I worked for the movie industry. Movie studios are about as entertaining as an abattoir.

Honorable Mention: Hollywood Wax Museum - Maybe they couldn't afford the ad space. I went once, the day after news came out that they were going out of business. Something told me it would be a dreadful dollop of Hollywood hokum. It delivered in spades, and I went home happy.

It is funny how the ads are almost as fun to see as the articles! Like Katella Gate, they bring back lots of memories. As a kid, I did have fun at Lion Country Safari and the Alligator Farm! Wish I could find more stuff about "Movie World/Cars of Stars-Planes of Fame" in Buena Park!