Welcome to Magazine Monday – Florida Edition. This post is a little late in celebrating Walt Disney World’s 40th anniversary, hey if it were Disneyland they’d be celebrating it all year long. The Summer/Fall 1972 edition of Toy Review Magazine contains a nice three page article on a less than one year old Walt Disney World. Does anyone else see a resemblance in this cover photo to 1955/56 Disneyland Fantasyland photos? 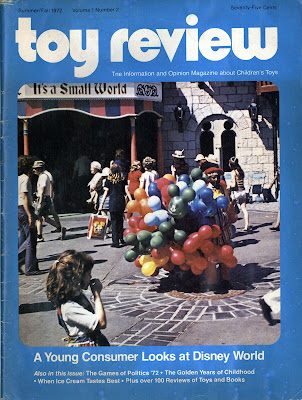 The inside of the front cover shows come color photos of the articles within, a nice touch since the entire contents are printed in black and white on newsprint! 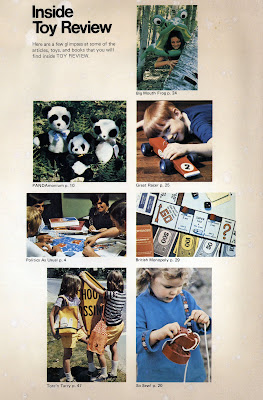 It’s actually a fairly informative and informal article on the early days of Walt Disney World. A clear mistake however in the reference to the tickets being “B” thru “E” with “B” for the cheapest attractions. There has been an “A” Ticket at Walt Disney World since opening day (link). The “Official” vendor thing is pretty funny. 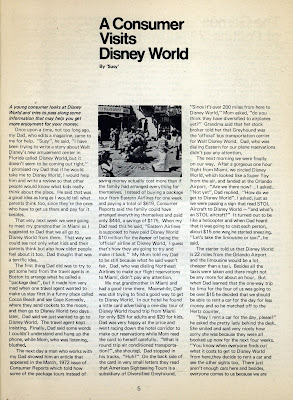 So true about how difficult it is to get to the darn front gate of Walt Disney World! 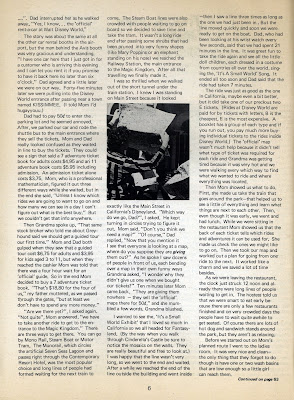 Apparently the park was still not finished with half the sub fleet running and too few sit down restaurants. The hidden queue lines show some frustration. The author asked about using Disneyland tickets are Walt Disney World, answer – YES! Mention of the Magic Kingdom Club is neat, but there’s the “B” thru “E” ticket reference again, ugh! 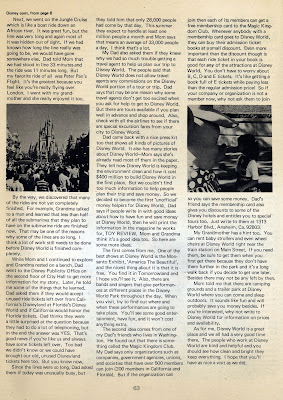 How about a few pages of toy reviews? When I was a kid I always wanted one of those Disney Movie Viewers, I have one now! 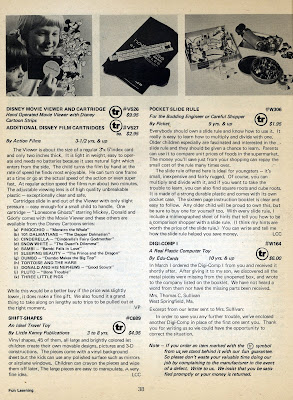 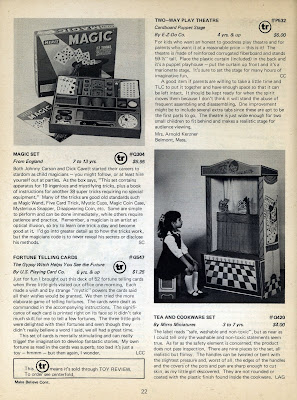 I got all three of these little kits for Christmas 1972 and I loved them, I can still here that bell. Thanks Mom… 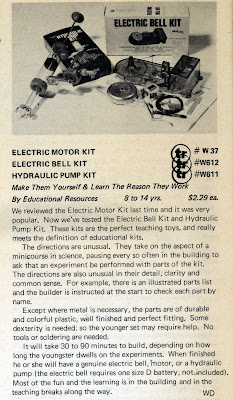 More color photo fun on the back covers. 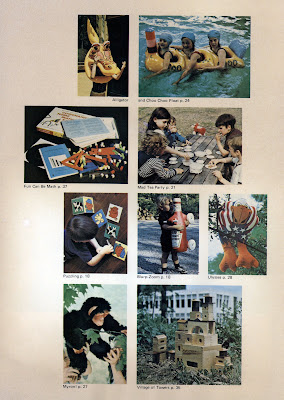 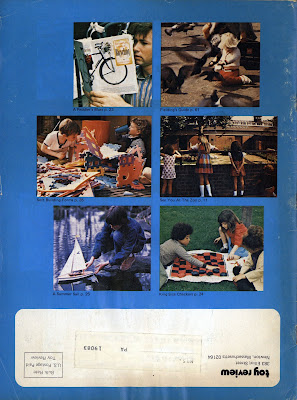 The 3-page article is either written by a very precocious child or an adult trying to adopt the voice of a child.

It was an interesting and candid review of WDW's Magic Kingdom in its earliest period.

Among the catalog pages, I enjoyed reading the description of the slide rule. I have a slide rule and taught myself how to use it but they were long out of regular use when I got it in college in the 1980s. My how things change!

I had one of those movie viewers, but sold it on ebay (along with a movie cartridge that showed the view from the Disneyland RR!).