Yes another Walt Disney World post! I know there are a couple readers out there that enjoy WDW posts (me too!) so for you non-WDW fans, well, better luck next time….

From 1981/82 here’s a complimentary 1-Day Attraction Passport. This voucher entitled the bearer to one Magic Kingdom attraction passport. Interestingly, this voucher did not get you into the park – it only provided an unlimited passport once you were in the park. I’m pretty sure that well before September 30, 1982 (the voucher expiration date) WDW had switched to “passports only” so simply being “in the park” gave you access to all attractions making this voucher totally useless.

From 1982, here’s your guide to the Magic Kingdom. These guides are larger than Disneyland’s guide of the same period, being about 1 ½ inches wider. That castle is so big it won’t fit on the cover! 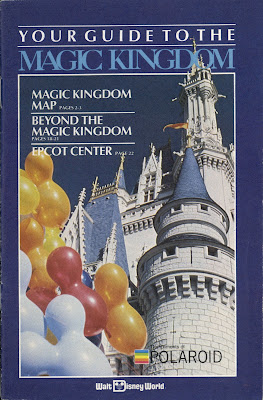 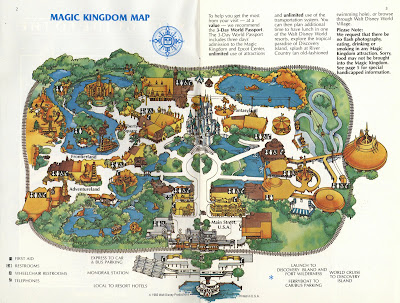 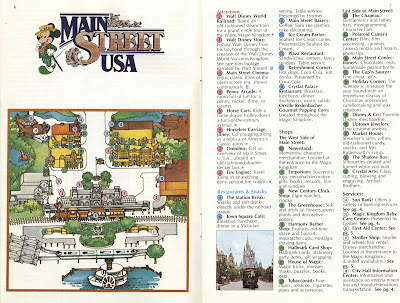 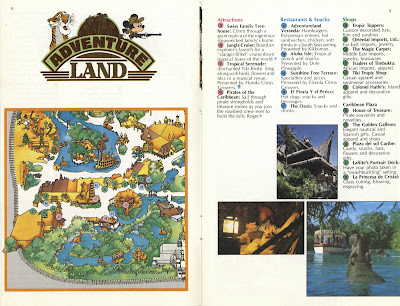 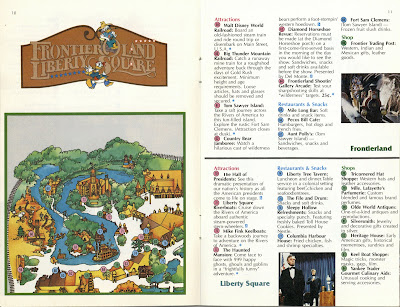 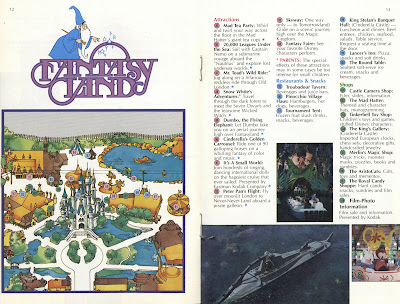 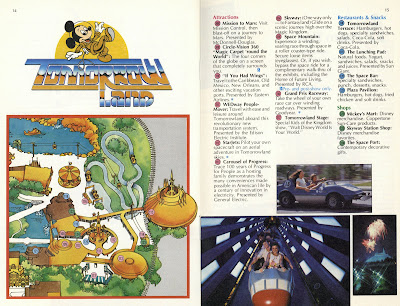 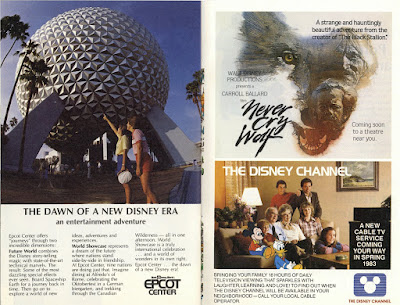 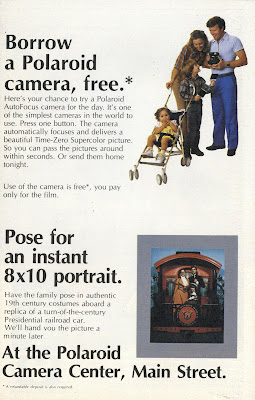 Love the ad in the guide for 'Never Cry Wolf' – the Disney film that shocked audiences by showing a naked man. Unfortunately that naked man was not Disney regular Jeff Bridges but rather Charles Martin Smith!

I love this time period for DL and WDW.....the destruction of the parks wasn't in full swing yet. Just look at the listings in that guidebook, Mr. Toad's Wild Ride, the (original) Tiki Room, 20,000 Leagues Under the Sea, The Skyway, If You Had Wings. (Sigh!)

I saw "Never Cry Wolf" in the theater back then. I don't remember any nudity, but then again I don't remember much of anything else about the movie. I do remember this was a time when Disney was trying to break away from their "wholesome" image.

Even though Mickey Mouse Revue was gone by this point, the arrival of EPCOT more than compensated for that. This was really kicking the Golden Age into high gear when you had the fresh newness of EPCOT coming on the scene AND most of WDW as it had first been experienced, still intact.

1986 was the zenith year for me because you still had "If You Had Wings" in its last full year at WDW, and also the last year for the original Diamond Horseshoe Revue program. Over in EPCOT things had been improved since the beginning with Horizons and the new Cronkite version of "Spaceship Earth" with the "Tomorrow's Child" theme. The slow decline started the next year in 1987 but was still barely noticable through 1993 and then after that.....it all came crashing down and WDW as a whole has been a shell of itself ever since.

I always like maps of the parks, this example still has a very 70's vibe to it (except for the colors perhaps)...

It seems the Disney World collectibles are slowly gaining in popularity. Smart move in saving your items early on.

Nice blog and i have interested for the comments. and i hope u will more blogs post in the future.