Don’t you just love how Disneyland makes up names for things? Today’s “Parkalendar” is a special post dedicated to the Disneyland Detail Man himself, Jason over at Disneyland Nomenclature. This Parkalendar covers September 1977 thru August 1978 and it’s HUGE! Huge in size and huge on details since this was used for internal marketing use, there's stuff in here you wont see on a "guest" calendar. 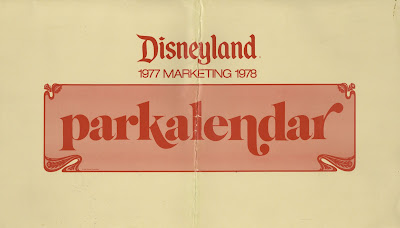 Fully open this calendar on heavy laminated paper measures 17 ½ by 20 ½, out sizing even my jumbo scanner. This is the entire inside, consisting of two lower resolutions scans stitched together. 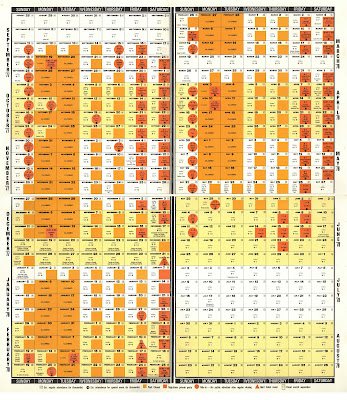 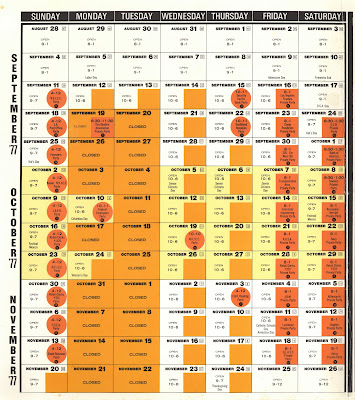 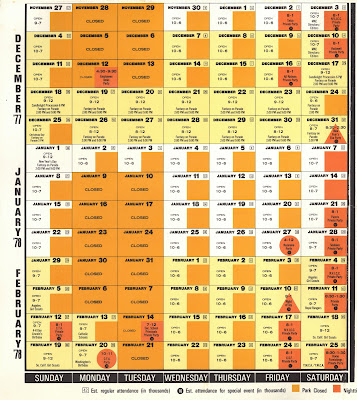 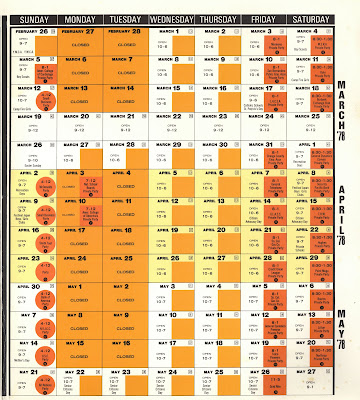 Hard ticket events are shown with a red triangle. Mix-ins are shown with a red circle. Notice it says “Mix in – No Public admitted after regular closing” if you had one of these Parkalendar’s you could figure out which days to stay in the park after regular closing and crash the Mix-in parties! I believe hard ticketed events had the parked cleared out before they started. 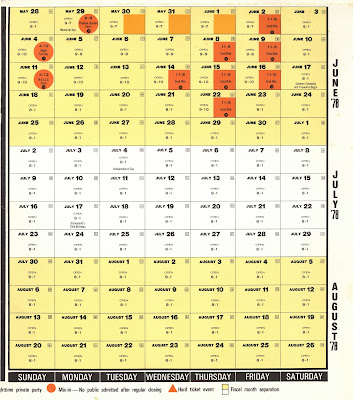 The back has information that can mostly be found in the back of the Disney News magazines. Did you know that New Year’s Day 1979 was celebrated on 2/12??? 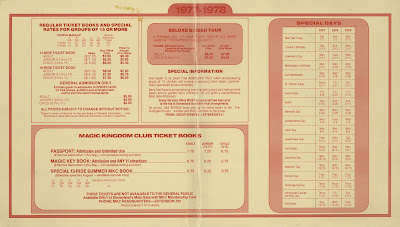 A big THANK YOU to Jim for this Gem...
Posted by Vintage Disneyland Tickets at 12:01 AM

Beautiful! This is all I have in the thesaurus on the ParKalendar so far:

Disneyland Line (7/17/1981): The complete schedule of operating hours and special events of Disneyland.

Hey Tim! Great scans! I knew you were the perfect person to pass this onto. I'll have some more stuff for you in a couple of months. It was nice meeting up with you and James again.

Ha ha, I knew that Jason would like this! So the park was still closed most mondays and tuesdays in the late 70's, except for the summer months. I wonder if you could have hidden in a bathroom (or whatever) to crash the hard-ticketed events??

Major: The Monday/Tuesday closures lasted until 1985.