Disneyland in Slides December 1962 - Part One

In an effort to organize my ticket & paper collection (if you could see my blogger desk you’d scream!) I’m taking a few days to re-group. The next few posts will be me pretending I’m one of the big boy slide bloggers.

Every once in a while I’d bid on slides on EBay, but my self imposed limit of $10 keeps my wins far & few between. We should all be VERY thankful to the slide bloggers out there; these images generally do not come cheap. That said, I recently snagged a box of 120 "Mixed" slides for $5.50! It was poorly listed and showed a bunch of tame/boring Marineland slides, it only got one other bid so I wasn't really sure what to expect.

Turns out it was a pretty good deal with over 50 slides of Disneyland! The photographer pretty much kept to the attractions, just a few "guest"shots. There are over 30 nice images of Disneyland from December 1962. There are also about 20+ Disneyland slides from February 1959, those have turned rather pink but are excellent views. We’ll see about them later, but now let’s get started with the December 1962 batch.
These are presented in the original (odd) order and with my mediocre scanning skills. I’m open to suggestions on how to improve these. They are “Kodak Ektachrome Transparency’s” that seem a little too “blue” I played with the levels just a bit. Looks like our December 1962 guests were staying at the Disneyland Hotel. I’m a car buff but even I don’t know what the first car on the left is? 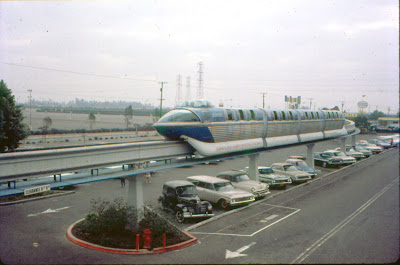 The Monorail Room and Monorail Lounge, were they the same place? 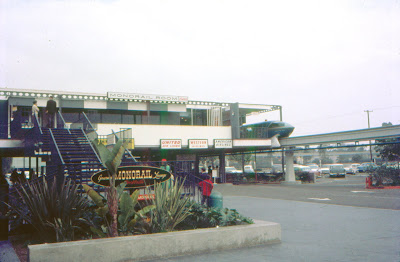 This slide is marked “Vida & Marin Disneyland Hotel patio 12/62” is that an orange tree? 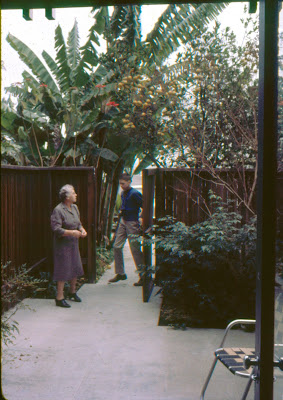 Not many guests using the pool on this overcast day in December 1962. Unfortunately, it appears to be overcast in many of these slides, however they do offer an amazing amount of detail. 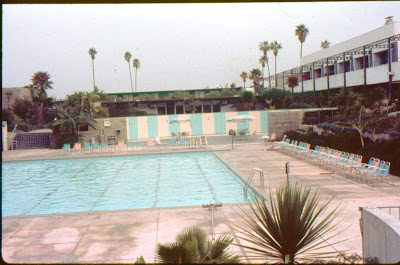 Guided Tour anyone? I don’t think I’ve seen the tour booth setup here before; did they do that for very long? 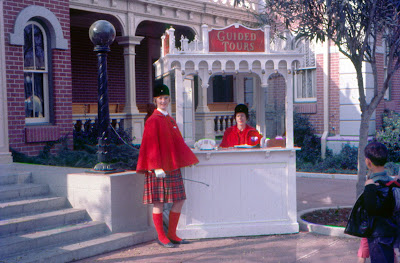 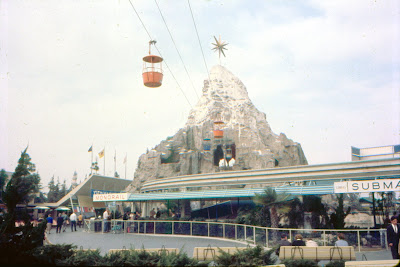 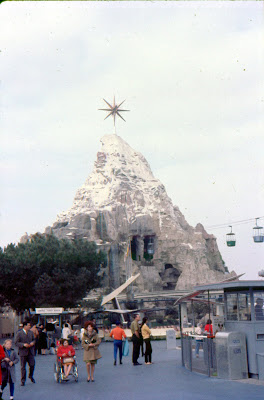 Nice close up of the Richfield eagle - but the slide is a bit dirty! 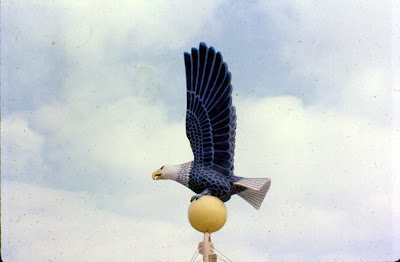 An "OK" shot of the sub lagoon, where's three fences? 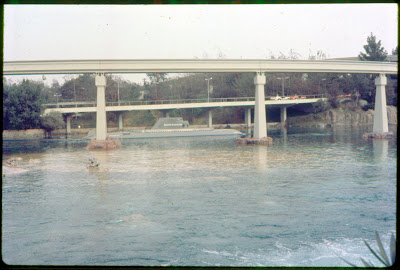 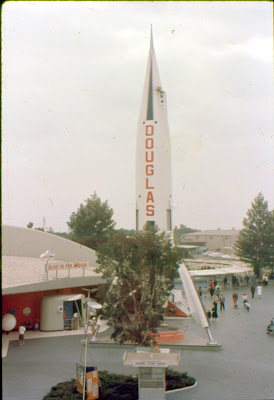 Come back tomorrow for part two (of four) as we enter Fantasyland.

The slide below is actually about 32nd in order, but its so cool I just had to jump ahead and share it today. Simply marked "Candle Display - Disneyland 12/62" what a neat picture! Some of the slides in the upcoming posts from this series are really great (and some are grainy and dark) - stay tuned. 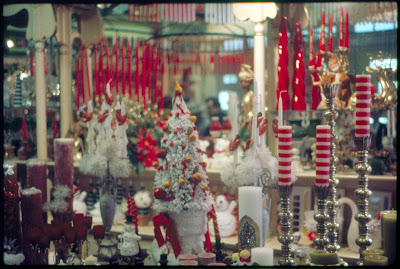 Great photos! I can't wait for the rest of the series.

What a wonderful package for the small amout you paid. The first shot of monorail blue over the parkinglot when directly to my desktop.
This is a score for us all. Thank you for posting these.

I would say that you made a good buy Tim. Very nice unique DL shots. Monorail at the hotel with the cars... AWESOME PIC. Looking forward to the rest.

You did good, VDT! What a nice bunch. Love the one with the Monorail, and the Tour Guides shot is exceptional. I have never seen that little booth before either. Matterhorn with the star, awesome Moon Rocket... better than anything I've gotten for a long time. And you got them for under six bucks!!

Fantastic shots! Looking forward to the next three parts.

I agree with everyone else--a nice batch! I'll have to see what I can find out about the Guided Tours booth. It reminds me of when I was at that location with a tour cart.

VDT, in addition to a rare view of the Tour Guide kiosk, we think that that's Cicely Rigdon (the founder of the program herself) sitting behind the counter.

Actually these are great documentary slides. I love the candle shop photo, partly because of the scarisity of in-store photos, and partly because when I look at them, I realize how much junk we actually bought at Disneyland over the years -- and of course, thew out...:-/ We used to have that little snowman candle center front left. We had to toss him when we opened the box one year and he was dust.

Thanks for the trip to the past.

That Christmas candle display is a treasure. It evokes so many memories of that time period for me. It made me remember how department stores like the May Co. and Bullocks used to really decorate for Christmas.
The tour guide shot is outstanding. Love the white phone in plain view. If you were a kid back then wouldn't you want to call someone right from Main Street?

WOW!!!
Love the Christmas Star!
and The Candle Shop!!!
And The Shot of the DL Hotel
Coral Pool!!!
Thanks!!!

Do you think the tree at the hotel might be a Persimmon?

And that certainly is Cicely Rigdon (founder of the DL Ambassador program as well) behind the Tour Guide desk! Fantastic.

Look at you, getting love from the "big boys" you wanted to join. As a casual observer, I think with this $5.50 purchase and the "limited" scanning skills you have, you can definitely sit at their table. I love the Monorail Room/Lounge pic, but the set I really like is the teacups. See you there.

WOW WOW WOW!!! That last picture is AMAZING! Is there any more like this? Thanks so much for posting these.