Part three from December 1962 finds us in Fantasyland still and now we've encountered the Big Bad Wolf. How many times during his shift do you think he bit his tongue? 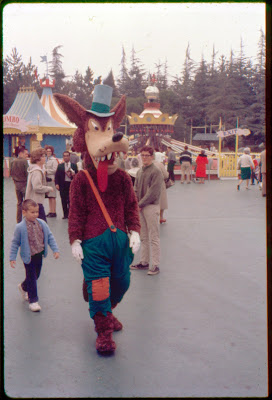 Meet "one of three"... Those disembodied arms are freaking me out! 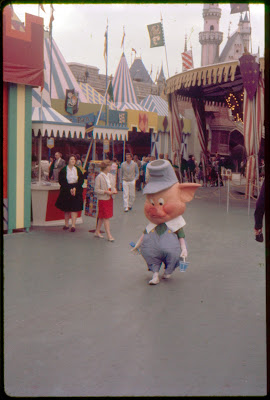 The next few images suffer from overcast conditions plus the low color saturation of this Ektachrome film stock. Here's one of the reasons Kodachrome looks so much more rich than Ektachrome: "Ektachrome is a subtractive process where all the colors needed are built into the film. During processing, the "unneeded" colors are removed by the developer and the bleaches. Kodachrome is a "dye additive" process so that whatever colors you photographed in your subject matter are applied during processing. Kodachrome film basically "grabs" the colors it needs during processing. The dyes are very stable and don't fade with time. For example, look at 50 year old Technicolor movie prints...basically the same "dye-additive" process." 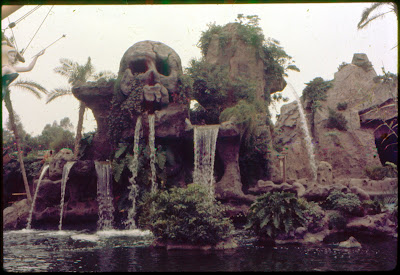 The Twins are on deck! 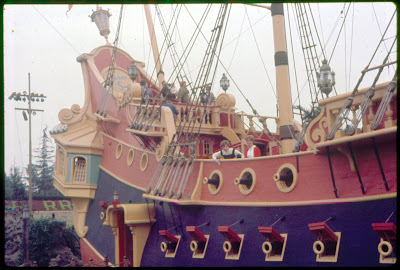 Now that's the kind of crowd I like. Where was this photo taken from, is the House of the Future just to the right? Notice the castle has its Christmas overlay, just like 2009. 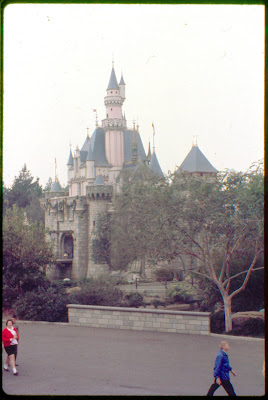 A cool December day didn't stop the Matterhorn climbers! When did the brick bridge turn into rock work (link)? 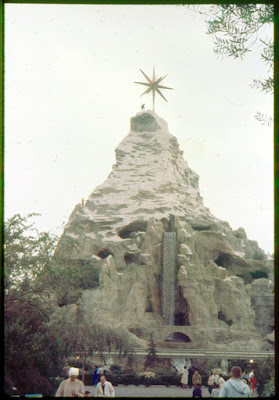 The past meets the future! 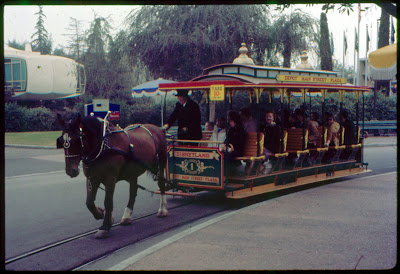 The color was way off on this slide, when I tried to fix it, it turned orange so I just left it alone. Is this the art corner? 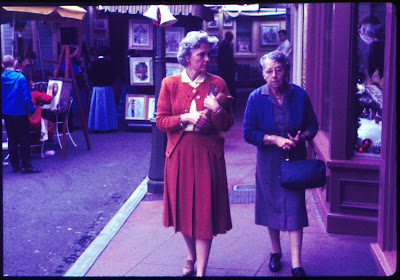 Here's a couple nice shots of the Flower Market. 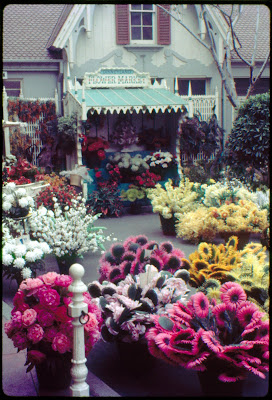 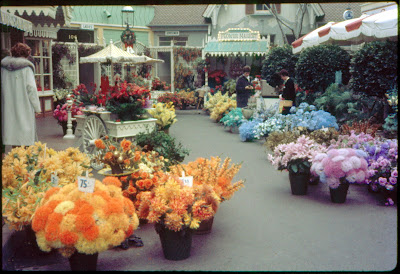 Come back tomorrow for part four.
Posted by Vintage Disneyland Tickets at 12:01 AM

The House of the Future would be behind us in that Castle pic.

The area with the paintings was on East Center Street, and I've seen it referred to as the Art Festival.

Great Pics, the Park of my youth.

Thank you for the flower market and Skull Rock, two of my family's favorites now gone.

Nice to see your picture on Daveland from the recent Knotts.

Yes, that is what my friend Julie Inman called the art corner. She worked there in 1969-1970. She is an amazing artist.
http://selfamusement.blogspot.com/2010/02/julie-inman.html