On a recent trip to Disneyland I wanted to check out the remodel of the Candy Palace as shown on Daveland's awesome trip report from May 8th (link).  In Dave's report he laments that the "beautiful vintage Welte Band Organ is now a popcorn stand" and sure enough as seen in Dave photo, they put Popcorn in front of this wonderful machine. 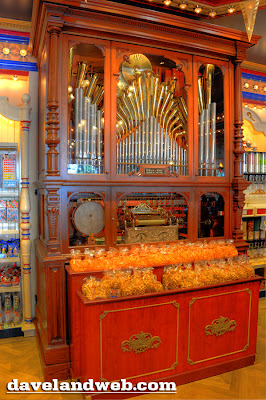 Here's the exciting part - when I got to the Candy Palace (a few minutes before the park officially opened at 9am) the grand machine was playing!  At first I thought, oh, its just the same computerized music that's been there for years, were the paper roll turns but the sound is fake, Midi's or MP3's that sound lame. You can see and here what it used to be like on this YouTube video (link) and here's a fine post from Days in the Park (link) showing the computer controls

The computer controls are gone, in fact, I couldn't even find anywhere to put a coin!  I was so stunned I just watched and listed for about 5 minutes until I realized I should capture this on video - it stopped 30 seconds later.  I checked back several times and it was never playing again, but here's the proof, they actually fixed this old Machine that Walt Disney purchased in 1953 - I don't like to play "What would Walt think?" but I bet he would be pleased with this - I sure am.

Here's a post from the official Disney blog about the organ: (link)


As for the Candy Palace remodel - decide for yourself.  If you had never seen the old Candy Palace you might even think the remodel is from 1955, I will admit they did one heck of a job making it blend in and look vintage. 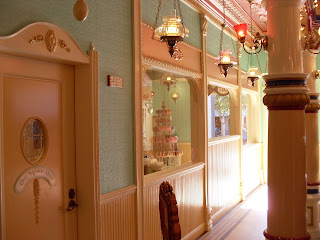 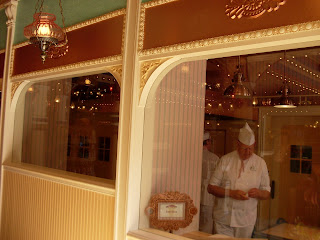 As Dave mentioned, the loss of the seating area next to the Coke Corner is sad, there was plenty of candy in there already! 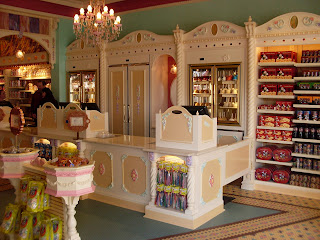 AWESOME, thanks for reporting this very good news (and for the video too)!!

I'm going to send a link to this post to a friend who will be happy to see it.

It does look great, but the piles and piles of candies pushing in both directions to take over more of the Penny Arcade and the entire seating area does seem a bit of overkill.

Hey Tim - I guess the Band Organ plays automatically every 15-20 minutes. That's a plus! Now, if we could only get them to move that damn popcorn stand!

It's not a band organ.
read about Welte here:
http://mechanicalmusicpress.com/history/welte/wt_index.htm

If you need your ex-girlfriend or ex-boyfriend to come crawling back to you on their knees (even if they're dating somebody else now) you must watch this video
right away...

(VIDEO) Get your ex back with TEXT messages?