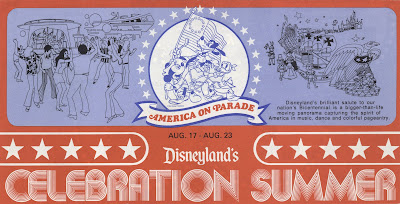 Bo Donaldson & the Heywoods (who?) – Sunshine Balloon is rocking the Tomorrowland Terrace. And America on Parade is just a few months old here. Did you know that Don Dorsey created the unique new musical sound for this parade? He was also the guiding force behind the computerized synchronization of the Main Street Electrical Parade when it returned in 1977. Don's DECS sync system is now the Disney “global” standard for parades (link). 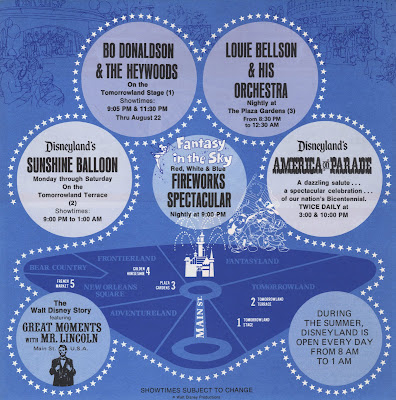 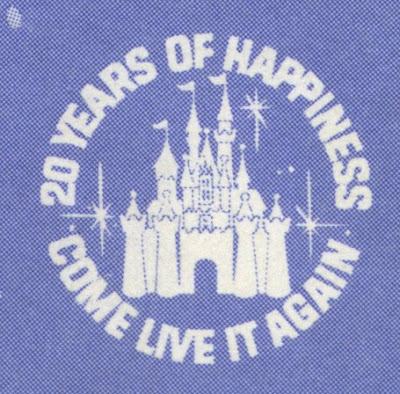 Endless amounts of entertainment all for the price of admission!

Bo Donaldson and the Heywoods! I am almost positive they sang "Billy Don't Be a Hero". Remember that song??

That was my 1st trip to DL!
Wish there were a few more pictures of my family....we do have a few pictures of the big headed parade characters. :)

C'mon Tim, you must remember 'Billy Don't Be A Hero'- A train wreck of a song if ever there was one!

If you hear it, you'll remember.

I have three of these in perfect condition!! I needed the year. ..thank you

Sorry my name is Christie and my email is b111367@yahoo.com.

Sorry my name is Christie and my email is b111367@yahoo.com.