Back to the Magic Kingdom Club collection, this time its 1976! The 1976 Membership card also includes the Florida logo. This was from the Lockheed Employees Recreation Club, those wacky rocket scientists! Upon closer inspection, Ken Watternberger’s signature is printed and not an original! 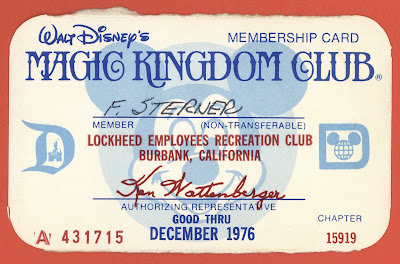 “Not available to the cake eating public”. Use this card to purchase exclusive Magic Kingdom Club ticket books. 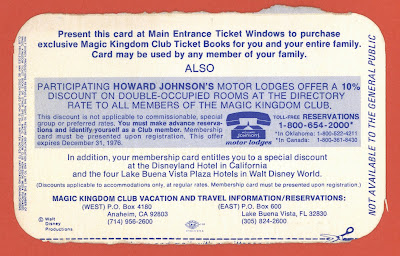 Here’s one of those exclusive ticket books, this is from June 1976.

The normal book had 11 tickets; with the club membership you got 13 for the same price. I believe they added an extra "D" and "E" ticket.

Sharp eyes will notice America Sings on the “D” and “E” tickets. The “D” ticket is actually from 1977 (the rest are June 1976) and has the recently downgraded America Sings which was still on the “E” Ticket in June 1976.

The Magic Kingdom Club membership guide should have Disneyland’s Castle on the cover!

These brochures are folded really weird. 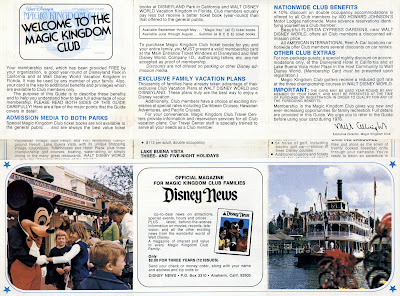 It opens up to this big travel section. 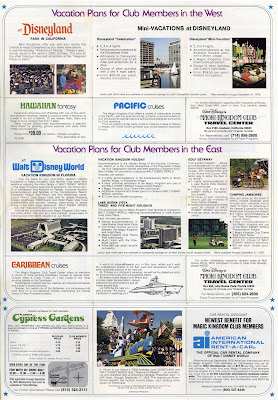 How about directions to Sinclair Paints in Santa Ana?

10 hours in THAT Disneyland would be great! The DL of 1977 would be okay too, since Nature's Wonderland Mine Train would still be there.

When I look at old maps (in guidebooks or whatever), it is hard for me not to imagine what I would do if I could transport back to the Disneyland in the illustration.

Thank you very much, it is good to see these old tickets again. A regular flood of memories, all good.

I think that's partly why I like all these Disneyland blogs. All the memories are good. Often I see things that make me recall the past and the feelings are mixed, but that's never the case with Disneyland.

Thanks VDT, Major, Main Gate and Dave. I'm a little bit saner (not fully sane, but saner) thanks to you.

Thanks, Progressland...I forgot! The DL of 1976 would be just fine because then I could see America On Parade again....and Adventure Thru Inner Space. Oh, and the PeopleMover, Skyway, America Sings and Captain Hook's Galley and Skull Rock. Sorry, I just had to mention all those things because just thinking about them makes me happy. :-)