Naturally the Enchanted Tiki Room gets mentioned as well as “thousands” of other experiences available at Disneyland. 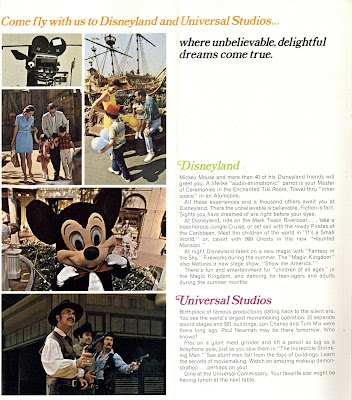 Hey I think I’ve seen one of those United Airlines Special Ticket Books, but where? 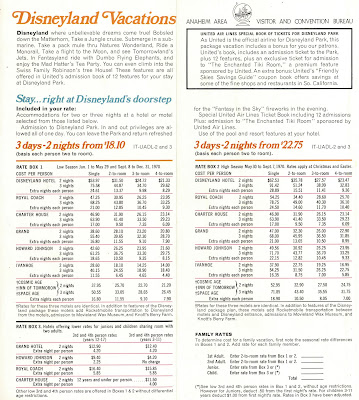 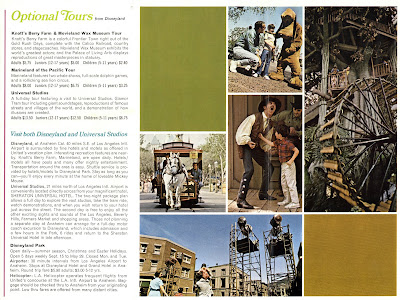 Wow - look at all that vacant land surrounding the Sheraton Universal Hotel.

Decisions decisions…. I think I’ll check out the “Inn of Tomorrow”… 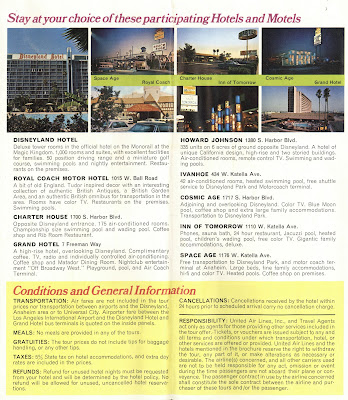 Looks like the Phantom of the Opera was pulling the old "fake hand up the sleeve" trick!

I know I have some old lots of slides from the 50's in which you can tell that a family visited Disneyland and Knott's in one day. Which is just crazy.

Major, that's funny. When we had relatives in from the East Coast in the 70's on their first visits, they all had the feeling they could "knock out" Disneyland/Knotts in one day. In fact, we tried to arrange several days between the visits to the two parks to keep it from being too taxing.

The ride burnt down after two days. Then came the Lumiere Brothers attempt with the Mareorama, which simulated the view from a ship’s bridge.disneyland florida tours