Welcome to Magazine Monday.  Today's post takes us way back to April 1959 with another fantastic issue of Walt Disney's Magazine. 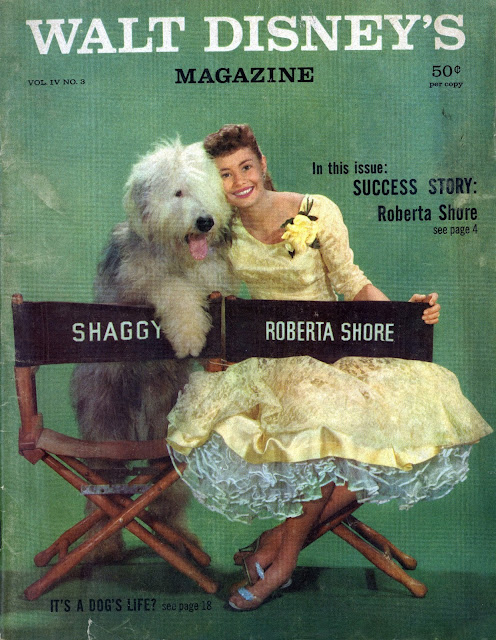 Naturally Walt has an introduction to his own magazine. 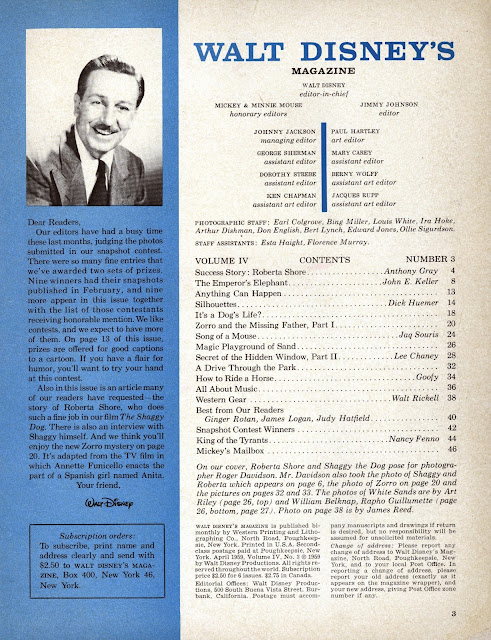 Disneyland gets a nice two page article, even if two of these attractions would be gone in 1960. 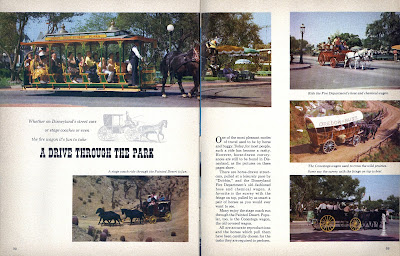 Lucky for us the Trolley is still a regular at Disneyland.  I wonder what ever became of the Stage Coach itself? 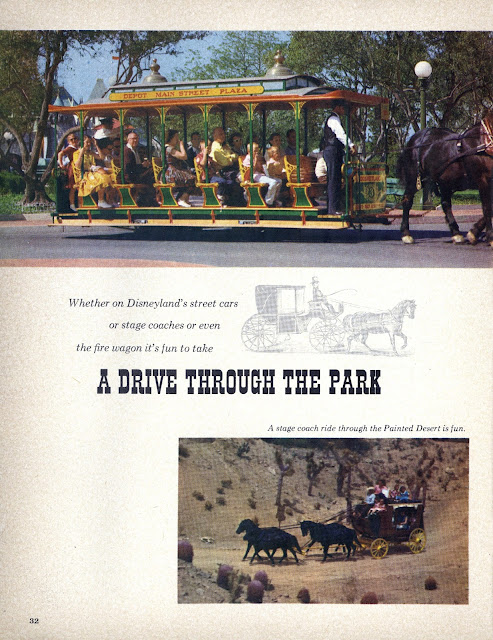 "Oregon or Bust" - the Conestoga Wagons must have been a wild ride. 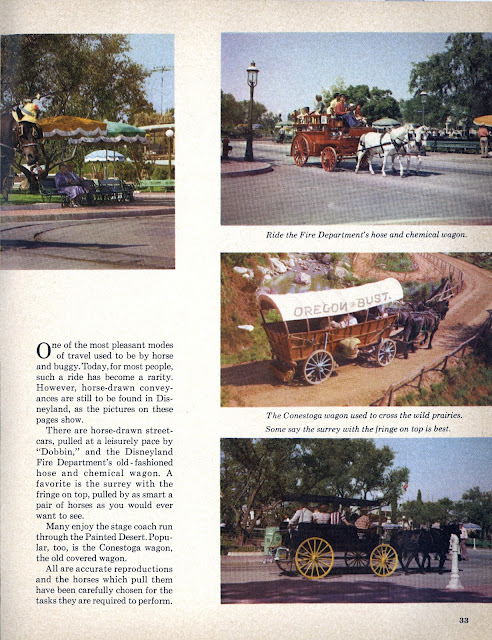 While not focused on Disneyland, the park does get mentioned in this article on "Silhouettes". 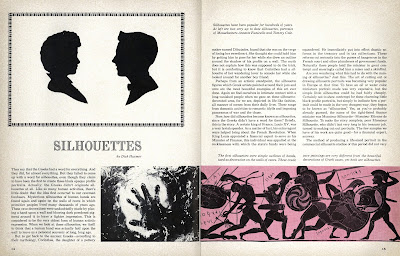 My mom still has Disneyland Silhouettes of me and my brother from 1968 or 1969. 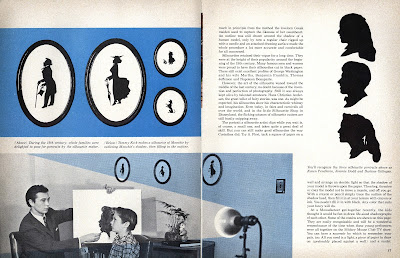 Our cover girl Roberta Shore: a success story. (well, if you look up her career it fizzed out after a few years on the Virginian). 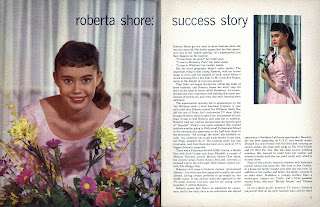 The Shaggy Dog seems to have had a more impressionable career than Roberta.. 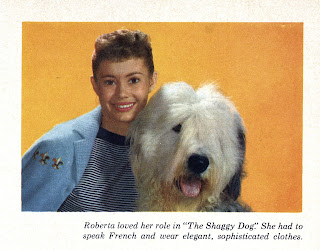 Laugh time!  And contest time, hurry, all entries must be postmarked no later than May 31, 1959. 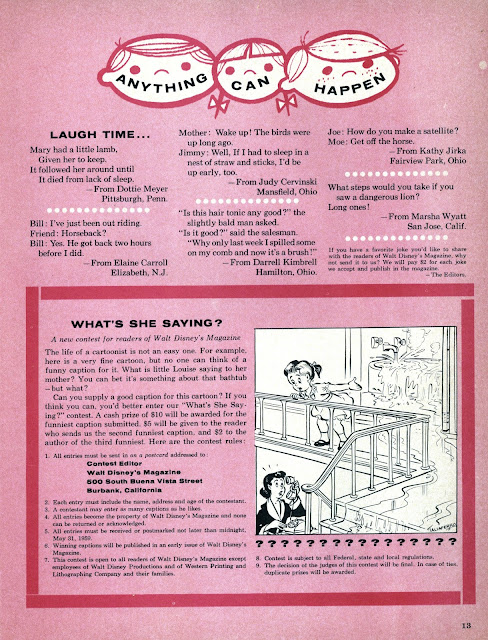 The artwork in these 1950's Disney magazines is simply outstanding. It really is timeless. 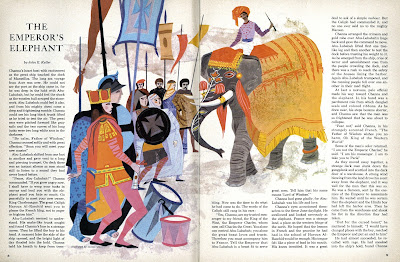 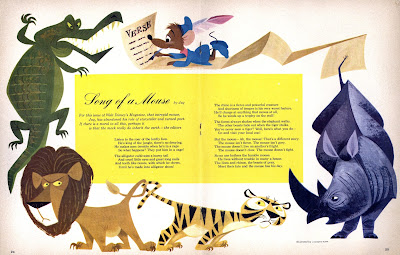 Illustrated by:  Paul Wenzel (He did the famous Walt Disney stamp in 1968) 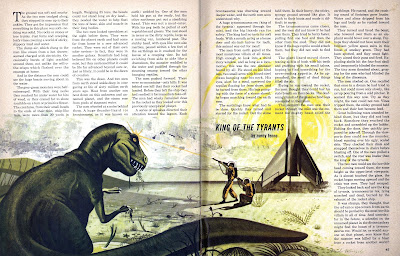 Another contest!  This is more of a sales contest. Top prize is a paid trip for two to Disneyland, watching movie making at the Disney studio and a stay at the Disneyland Hotel! All you have to do is sell the most subscriptions, of anybody, in the whole United States! Hurry, contest ends June 30, 1959! 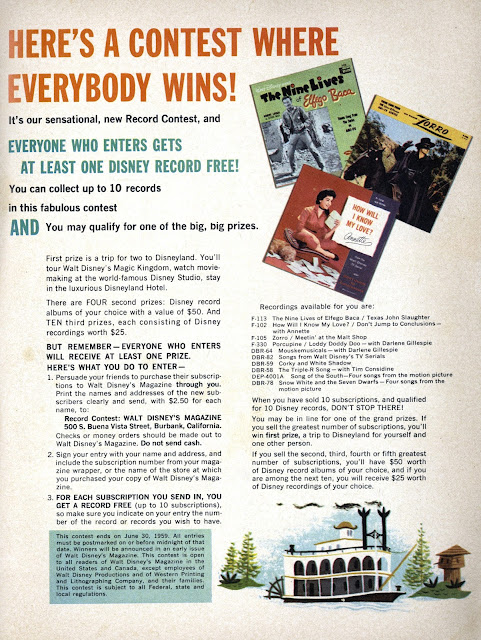 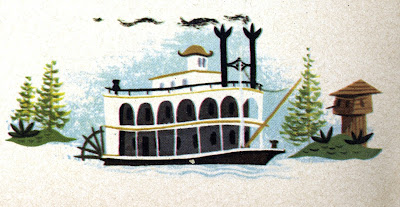 Another fantastic issue, and one that I have never seen before. I thought I knew who Roberta Shore was, but I guess I was confusing her with Roberta Flack and Dinah SHore! As always, so much fun stuff; those illustrations are wonderful. Berny Wolf, he worked on Pinocchio! He left the studio during the strike, I didn't know he did illustrations.

This is an excellent find. The record contest was interesting, free albums with subscriptions. Thanks for sharing.