Time for an "Exclusive" Passport to Disneyland.  Magic Kingdom Club members could get "Unlimited use of all Disneyland Adventures & Attractions (Except shooting galleries)" for just $7.50 (adult admission, adjusted for inflation that's $28.42 in today's dollars).  Good thru May 30, 1977, these Passports were for the off-season only, but if you hold on to it you can use it for the opening of Space Mountain on May 27th 1977! 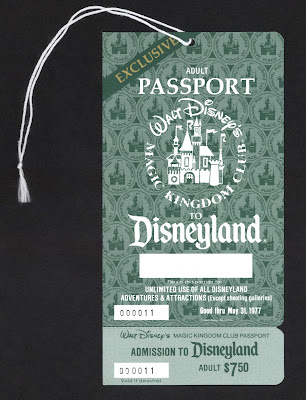 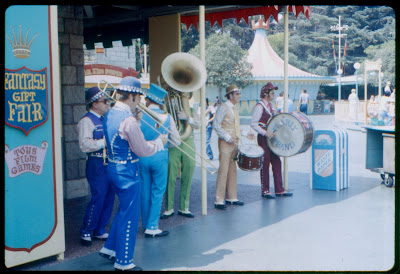 America on Parade had some weird stuff but this float and its characters came out really nice. 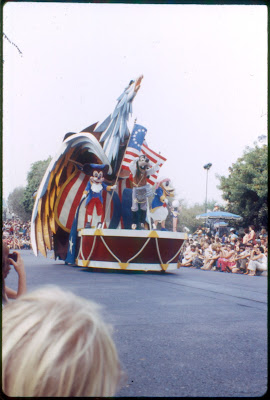 Great float, but the Big Heads give me nightmares... 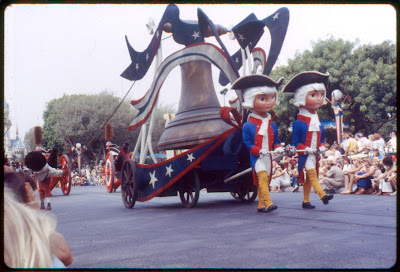 You and Daveland both have pictures of the Fantasy Gift Fair sign today.

Cool about Dave's pic (great minds think alike), somehow I can't remember that place at all, was it near the Welch's grape-juice shop?

Having been a CM in 1977, some of those guys in the Pearly Band sure look familiar.