Magic Mountain Construction Photo's 1968 - Before and After - Part 3

As we continue with more 1968 Magic Mountain construction slides a huge thank you goes out again to Major over at Gorilla's Don't Blog for these amazing and rare images.

Of course I presented the easier to get "Before and After" shots in my first two posts, it gets murky from this point on.  What you're looking at here is the queue building and part of the lagoon for "El Bumpo" - Bumper Boats! Since this attraction has been gone for decades, we'll have to make due with this vintage image showing El Bumpo in its prime. I see a lime green Metro Monorail out for a run too! 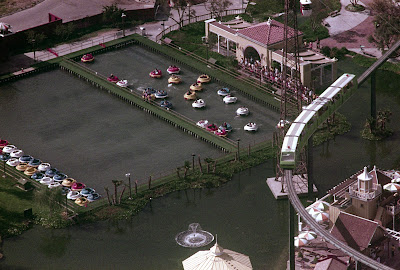 The next image has El Bumpo on the left, Casa de Regalos in the center and lots of monorail beam on the right.   I'd shout "Save the Metro" right about now, but its too late. The trains and the beams that ran thru the Log Jammer area have been removed as well as the Whitewater Lake Station. (Collective sigh here) 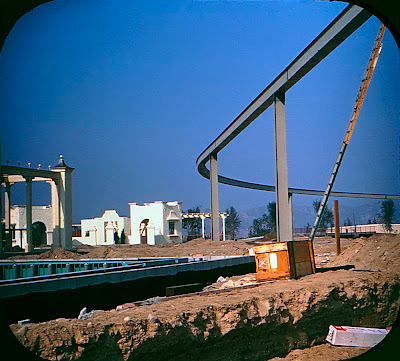 This section is *close* to the shot above, but its actually a little further up the bend. 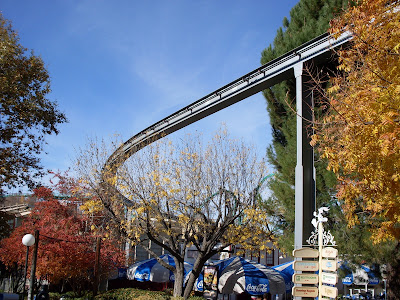 Nice hood, looks like a 1968 Chevy truck? Down below is the Monorail beam, Casa de Regalos and the Grand Prix queue building. 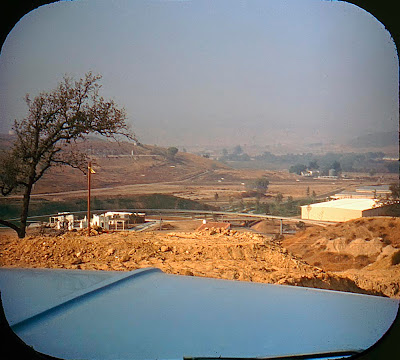 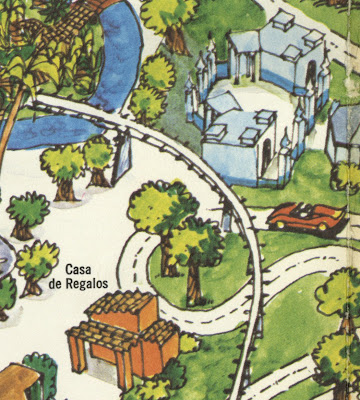 This odd angle is impossible to get today. 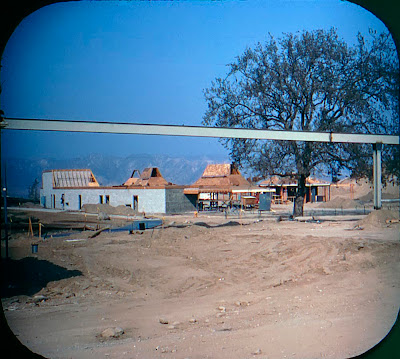 The "Games Area" is one of the area's of the park that has changed very little. 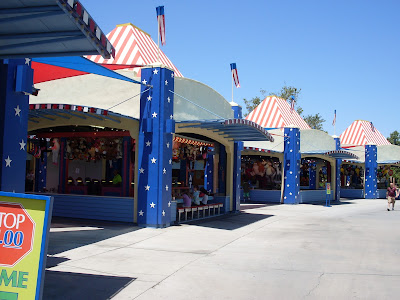 The Four Winds Metro Monorail station is IN the tunnel, the other side of the tunnel opens to the Log Jammer area as shown in part 2.  Nice mule on the beam! 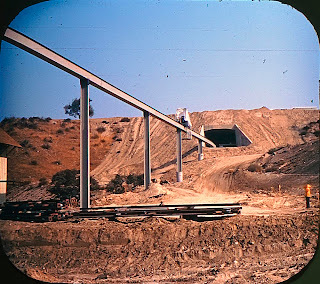 Hike up the hill and you'll find the old beam. 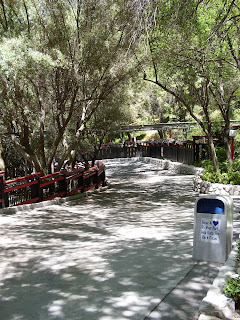 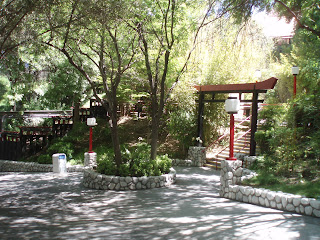 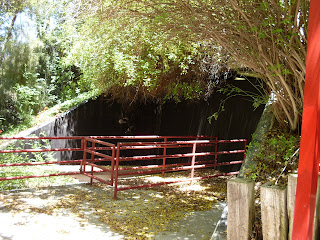 This section was just past the Whitewater Lake Station, the restroom on the right is still there. That's the maintenance spur center left. 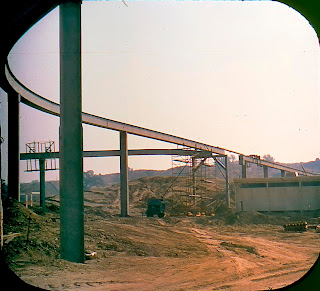 From November 2011 here's the maintenance spur, a year prior the trains were still on the track. 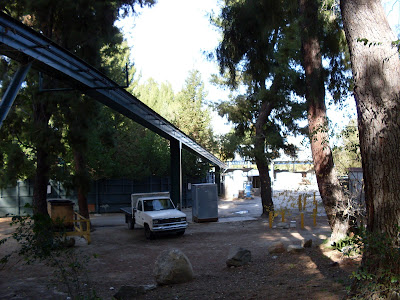 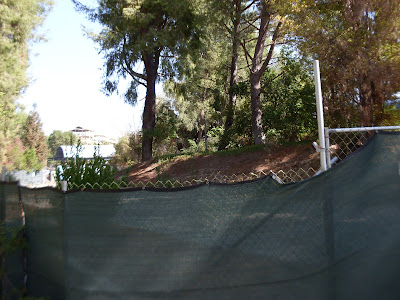 Come back tomorrow (or soon) for part 4!

P.s. For Major, in response to your question "Is Gold Rusher still there?" I took this video September 26, 2012.

Oh man, I LOVE the Gold Rusher, thanks for the video! And as always, great job with the rest of the photos as well.

Wow, Gold Rusher just gets uglier and uglier the more they build around it. :-/ RIP Log Jammer.

Your site is very good. There are useful information and most importantly, for sharing great. you have posted.