Welcome to Magazine Monday and welcome back to a new post. Two weeks is my longest break since I started this blog back in November 2007! I’ve got plenty to post still and should be able to go without a break for a while now! Today’s Magazine Monday is a two-for-one post, two issues of “Halo Magazine” one from 1986 the other is from 1987.

First up 1986: Wally Joyner was all the rage at the time and apparently started a “Wally World” nickname for the Anaheim Stadium (link). 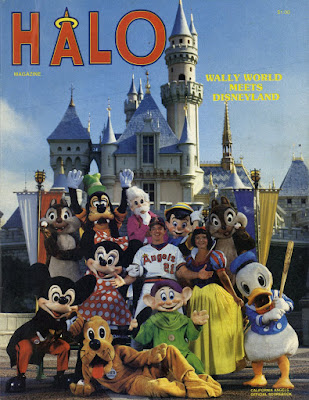 If you’re a baseball fan (and hopefully an Angels fan) this might be an interesting article, but since it has no Disneyland photos or real mention of Disneyland it’s pretty darn boring to me.. 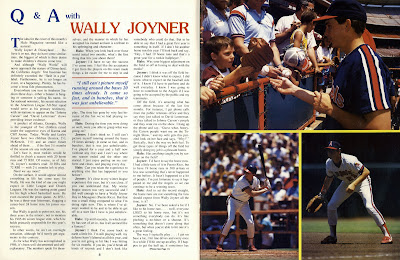 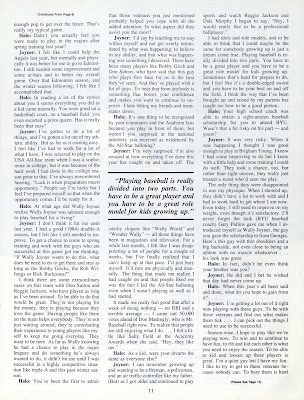 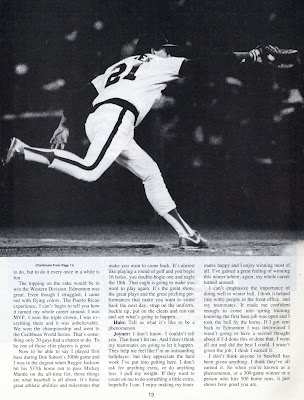 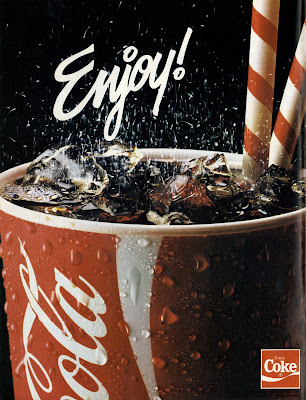 Back when Mazda made well-built fun little cars that sold well. 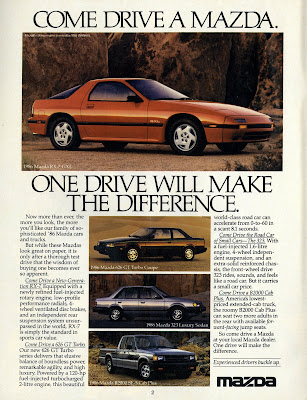 Yeah I know, cigs are bad. Soon we’ll have diseased lungs and cancer victim photos on half of the packages and advertisements (link) that might be over-kill (pardon the pun) so for now let’s enjoy a simpler time. 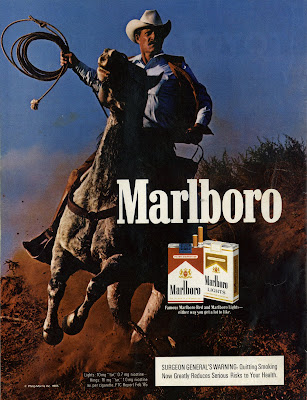 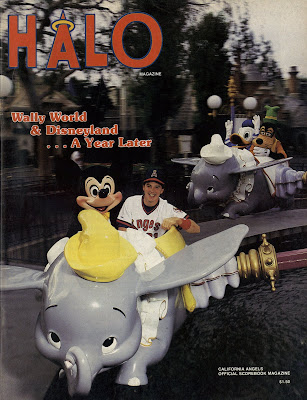 At least this three page article has a couple of Disneyland Photos! 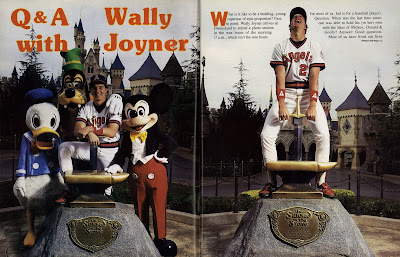 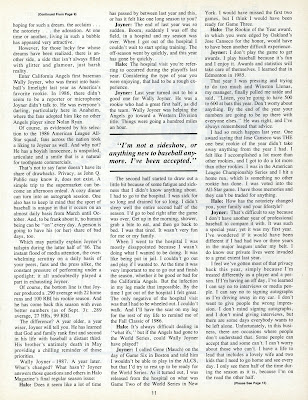 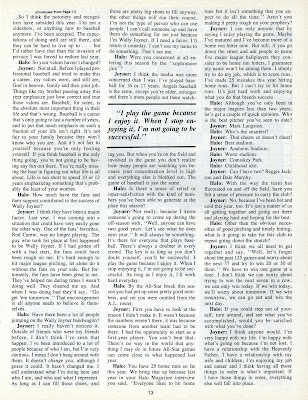 The Coke advertisement from 1986 works better for me, although I do desperately miss the old Lucky markets! 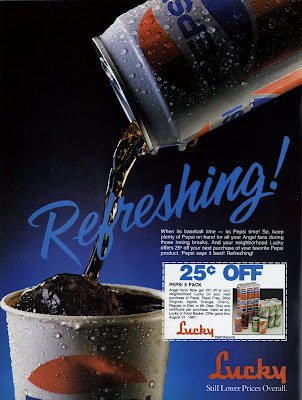 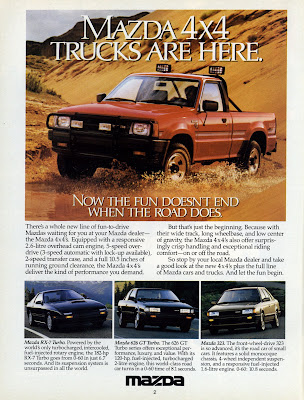 And cigarettes were still bad but the Marlboro man sure looked cool. 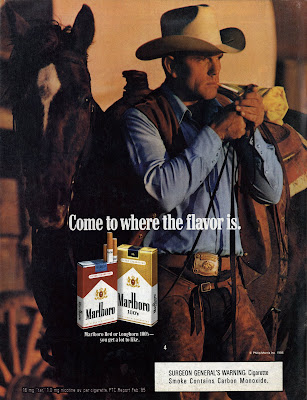 Come back tomorrow for a vintage Angels – Disneyland Double-header post!
Posted by Vintage Disneyland Tickets at 12:01 AM

"Halo" magazine... who knew? It's funny how similar the Coke and Pepsi ads are. Wally Joyner, boy that brings back memories. From the days when I actually enjoyed baseball!

Halo Magazine is probably better known as a Program. It's gone by many different names over the years, but essentially its the magazine sold at the stadium that comes with a scorecard in the middle so you could keep score of the game(a dying art).

As for Lucky, they've made a comeback...in the bay area. I'm surprised to see an ad for Pepsi in there, as Anaheim Stadium was a Coke park until 1998 when Pepsi took over. I guess it got in by being a Lucky ad (complete with coupon). The coke ad is more along the lines of what you'd see in these mags, ads of the same sponsors that had ads in the park (Marlboro had a big ad at the Big A until smoking ads were banned from ballparks, they stayed in the magazine for a few years after that).

eToro is the ultimate forex trading platform for newbie and pro traders.